One of the most fascinating things about Sweden is its well-preserved history of the Viking Era. Vikings, the ship sailors, traders, and skillful warriors, that we often see in movies. But in Sweden, this era is for certain now only history, since there has not been any war for more than 200 years!!

But is it due to the fact that there has been no war since 1814 that Sweden often ranks as one of the top 10 safest countries in the world? Well, let’s explore this question together.

It is important to point out that whether someone feels safe in a different country depends greatly on personal experiences. The country that I come from, Slovakia, is not dangerous, in my opinion. Although there are crimes happening and it has its own political issues, Slovakia has not been in any war conflict for several years and people tend to feel quite safe. But as a young woman, I still don’t feel completely safe walking alone on a street at night. You can often find a lot of strangers who are either high, drunk, or homeless, and make me personally feel uncomfortable. But are you wondering what it is like in Sweden?

Sweden in the dark (small vs. big cities)

I live in a small city called Skövde in between the two largest Swedish lakes. It has almost 60 000 inhabitants but I rarely see people on the streets. Since it is winter, it is often dark on my way from school. As I walk home, I enjoy the calmness of the world. Sometimes a car passes by but I’m not afraid. Even when I am not afraid, I am still careful. As a woman, I was taught to always be.

In a bigger city, people will be harder to avoid. Both locals and tourists. This has its advantages and disadvantages. My friends who live in Stockholm and Gothenburg told me that they usually feel safe even at night. But they also recommend that if you are not used to walking alone at night, there might be parts where you probably wouldn’t want to walk; dark corners of the streets or those with unfamiliar people.

Despite this, Stockholm is one of the top 10 safest capital cities in the world, and the same goes for other large Swedish cities. The locals often naturally obey the laws because they respect their government. Most Swedes like to live their own life without bothering others. The crime rate is very low but being careful is never a bad thing. I suggest locking your front door or a bike, as thieves do exist. And why not walk with a friend when you can – it’s not only safer but also more fun, right?

Read more about a safety-related experience from Gimmy living in Gothenburg.

Sweden is known to be very open and accepting towards different nationalities. It was surprising for me to see how multicultural the country is. It’s something that makes Sweden stand out from many other countries. The locals are so used to this diversity that they tend to consider anyone Swedish. They will speak to you in the Swedish language no matter what nationality you ‘look like’. Although I find it sometimes a little annoying since I don’t speak Swedish fluently, I’ve heard that it makes people feel part of the community. Especially since there are many people whose family has a different origin but they have been born in Sweden and have lived here their whole lives.

However, you might have heard discussions about how it might have brought one of the challenges related to safety, especially in larger cities. Integration can be hard for some. Although not so common in Sweden, cultural differences can sometimes collide and cause conflicts among people, no matter where in the world we look at. It takes time for people to adjust to a new culture and society. The Swedish government, however, tries its best to make the process as easy as possible. I personally don’t know anyone who would feel mistreated in any way in Sweden, no matter where they come from. But this matter is very subjective.

And there is always room for improvement. With the increasing diversity of cultures, new opportunities but also challenges arise. To make people feel like they are part of the multicultural community is the Swedish goal. Some of the objectives the Swedish government focuses on are:

Equality is truly a broad term defined by the Cambridge English Dictionary as “the right of different groups of people to have a similar social position and receive the same treatment”. In Sweden, they are aiming for equality for different genders, people with disabilities, different sexual orientations, people of different origins, skin colour, etc.

Equality between men and women

Sweden was one of the first countries to give women the right to vote (1919), as well as the right of inheritance or property ownership (1884), and to give the father equal right to paternal leave (and benefit) as the mother. Although several laws against gender discrimination have been passed since the 1980s, it is not uncommon to find a majority of males in higher working positions. For example, to my surprise, Sweden never had a female president or a prime minister prior to 2021. How strange, right?

But this year, Sweden finally elected its first female prime minister, Magdalena Andersson. It’s a sign of the times changing. We can see more and more women in higher positions. And the most important thing is that the country offers women equal opportunities that in many other countries worldwide they still do not have.

For example, I was surprised to see many women doing jobs that I was taught are only for men such as grass-mowing, working as a garbage truck driver, or at building sites. It is so atypical in my country, but in Sweden, it’s truly normal.

So how is the situation with people that have different sexual orientations? There are moments that the person might not feel accepted but it is not that common. Sweden allows you to be who you want to be and love who you want to love. It passed the right for same-sex marriage in 2009. In some countries around the globe, this has still not happened! Read more in Jordan’s blog to see how come it is so damn normal to be queer in Sweden.

Equality in Sweden is fighting its way through any problems that occur and the government is its most powerful force. But it is the people that form the country and if it is ever going to achieve its goal, it will be because more open-minded people will come to the country and have an impact on its growth.

“It is the people that form the country!”

There has been a discussion about Sweden being called ‘the capital of rape’. Based on statistics created by United Nations, Sweden has ranked as one of the countries with the highest number of rape cases reported. Maybe you are wondering how is that possible while Sweden is known for being safe and encouraging gender equality. Based on my findings, this matter could be explained in four main points:

Although sexual violence is a global issue and Sweden is not an exception, it is worth taking into consideration, the great efforts of the Swedish government to take it seriously. High numbers might not be a negative thing while in many countries worldwide, rape reports are often questioned or ignored or women are still afraid to openly report them. In this case, high numbers might also indicate that Sweden is actually safe.

How is Sweden dealing with the problems?

There are crimes happening all around the world. But we should not judge a country based on what problems they are currently having but also how they are dealing with them. I have a friend who almost got kidnapped on a vacation in another country. Or another who was robbed multiple times on a street in her home country. The police did not consider these crimes serious and nothing was done.

What matters in Sweden is that no matter what you have experienced or what you are currently struggling with, if you ask for help, your voice will always be heard. At universities, there are several people who work as Health or Study Advisors to promote the student’s well-being and make sure that everyone is treated equally. There are sexual health services in Sweden that you can access when you need them. When you are mistreated or you simply need a piece of advice, it is these people that you can turn to and I am certain that something will be done.

The government is trying to implement laws to strengthen the safety system and to ensure that people no matter their nationality, religion, or sexuality, feel safe and accepted. Sweden’s goal for many years has been to maintain peace and encourage equality among all. And although it is not perfect, it is, in my opinion, doing a very good job.

There are still gaps that Sweden needs to cover in order to achieve its goals. It certainly needs to work on integration and equal standards for all. But it is also ahead of many other countries, which are still struggling to get as far as Sweden.

For me, living in Sweden is a privilege. I feel safe to be who I want and express my opinions. Sweden makes me believe that I can contribute to making it a better place. That is why I feel safe in Sweden. The freedom that it offers outweighs all the negatives. Share with me in the comments what are your experiences or concerns regarding safety in Sweden. 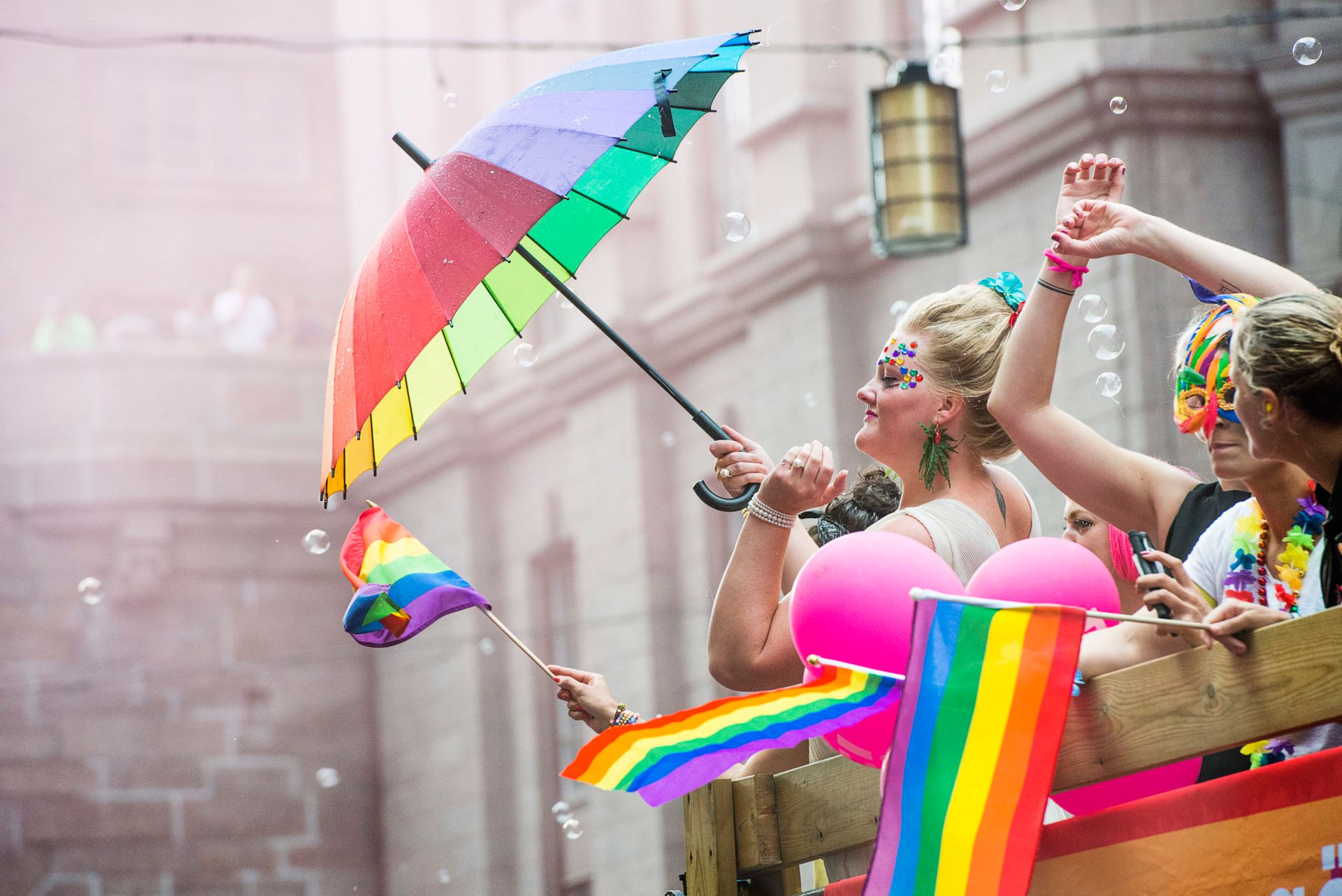 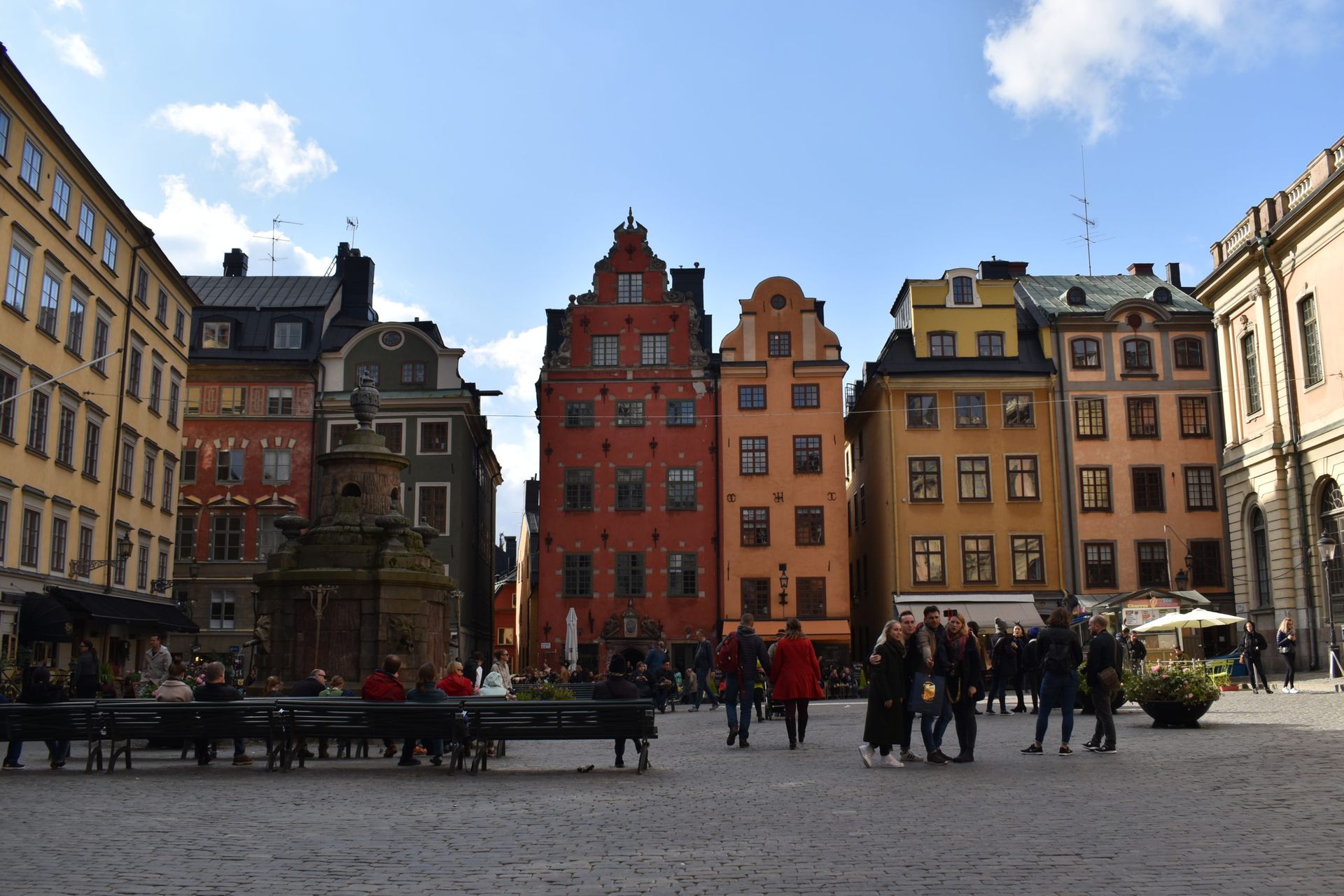 First impressions of living in Stockholm 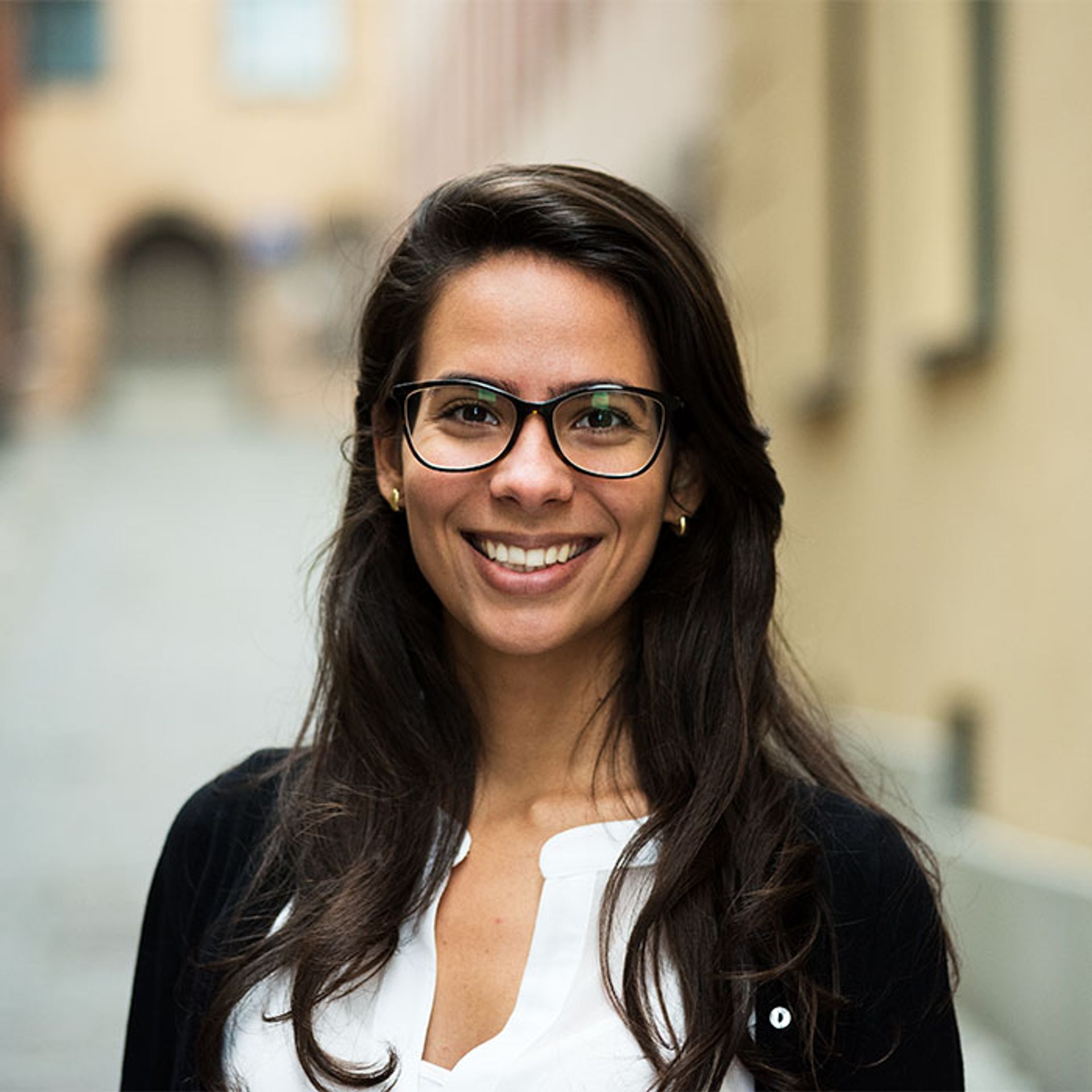 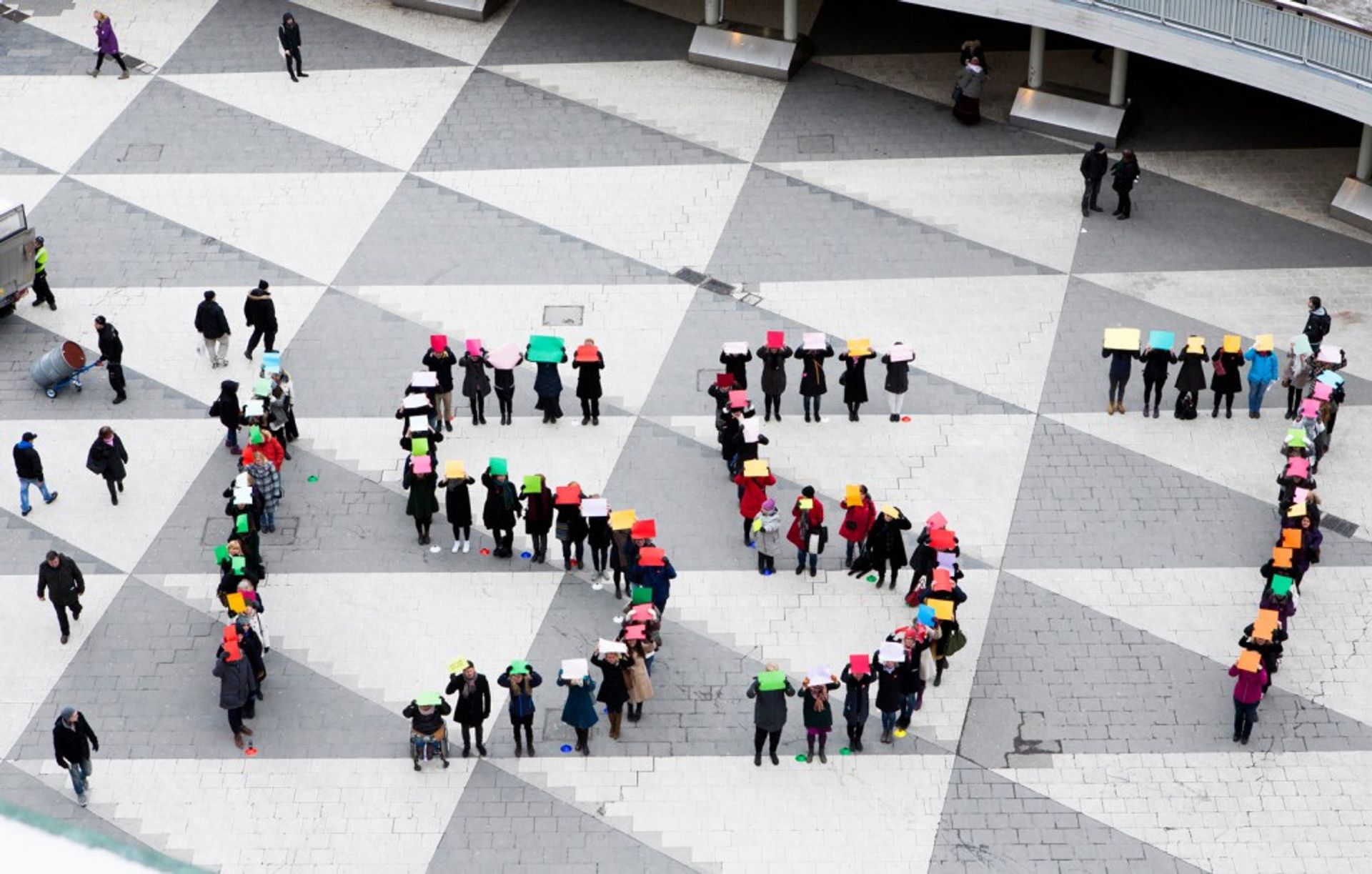 “Believe in your damn self” – International Women’s Day 2017