Sweden, where being queer is just. so. damn. normal.

Before I came to study in Sweden, I had heard it was the world’s Gay mecca, and yes, that’s gay with a capital G. The place where the queers can come as they are and do as they please. I fantasized that Sweden paved its roads with rainbows and that everyday would feel like a Pride parade.

However, now having lived and loved for a year as a queer woman in Sweden, in my experience, I have learned that Sweden is in fact the queer utopia I heard about, but not in all the ways I dreamed or imagined. The magic did not come from the overt, flamboyant colors of Pride (though you can find Pride flags flying all over Sweden), or the wild nightlife scene (also something you can find), but rather, quite the opposite.

For me*, I have found that being queer in Sweden is rather normal. Really normal. So normal that you even begin to feel like you are just another hetero walking down the road, hand-in-hand with your hetero partner- but you’re not, you’re a queer person walking hand-in-hand with your queer partner, and that’s totally normal. But people don’t treat you any differently. You don’t get prolonged stares or uncomfortable questions. Because in Sweden you’re just another person loving another person.

If you are a queer person looking for a place to study where you can be free to be every part of you, to be as out and as proud as you please, where you just want to feel normal, then Sweden might just be the place for you.

1. Where it’s normal to feel safe

As a queer person traveling in the world, considering our safety is often at the top of our to-do lists when planning our itineraries. Many countries still criminalize homosexuality and/or behavior. For trans folx, the risks can be even greater, especially for trans womxn of color.

So understanding what precautions one must take before potentially studying in a new country is of the utmost importance.

However, as an LGBTQ+ student studying abroad in Sweden, one can rest well knowing you are in the safest place that a queer person could be. In 2019, Sweden was named the safest country in the world for LGBTQ+ people to travel by the “LGBTQ Danger Index”.

As a queer student studying in Sweden, feeling safe and secure will be normal. And because of that, you’ll be able to invest your energy into other things- like your studies or your next weekend travel plans (pending the pandemic, of course).

2. Where it’s normal to feel supported

Here in Sweden, I openly talk to my professors, classmates and friends about my queerness. Whether it be discussing LGBTQ+ issues or sharing about my girlfriend, doing so feels really, really normal.

This support translates to 2019 polling done by Eurbarometer, where 98% of Swedes expressed that gay and bisexual people deserve the same rights as heterosexual people, with 92% in support of same-sex-marriage. This is the highest support among European Union countries.

Sweden has worked hard to codify this support of the LGBTQ+ community into law, ensuring that queer individuals know that the country’s support goes beyond rhetoric. As a student studying in Sweden, it should feel normal to feel supported.

You can find examples of laws protecting LGBTQ+ rights below:

3. Where it’s normal to celebrate

Coming from the States, where most large cities and even small towns have queer bars and clubs to congregate in, I found it ironic that in the Swedish city in which I study, Uppsala, there was no queer bar to be found.

I thought this was supposed to be a queer person’s paradise, after all?

However, talking about this phenomena with other international students and Swedes alike, many theorize that this is because of Sweden’s general accepting culture towards the LGBTQ+ community. Because LGBTQ+ individuals are not marginalized or stigmatized in the same ways they are in many parts of the world, people may not have the same need to make spaces where they can feel accepted and included. In Sweden, queer individuals may find that acceptance in most bars and spaces we enter into.

But don’t worry, Sweden still waves the rainbow flag with Pride. Every year it hosts over 30 Pride parades and celebrations across the country. In the past, Sweden has hosted Europride three times and is currently next in line with Copenhagen to co-host World Pride 2021. Stockholm Pride is also host to Scandinavia’s largest Pride celebration, as well as, Sweden’s largest annual event. And of course, in bigger cities like Stockholm and Gothenburg, you can find those gay bars you might be craving.

However,  if you are looking for something a little more low key, most cities have LGBTQ+ community centers to join. The Church of Sweden is also a queer-affirming organization, where queer individuals can find community in their identity and faith.

4. Where it’s normal to still have work to do

As I said before, I am writing this blog from my own experience, as a white, cis-gender queer woman. My “queer” experience in Sweden is my own, and it is important to acknowledge that many others may feel differently, especially trans individuals.

Although Sweden was the first nation in the world to legalize gender change in 1972, transgender individuals were only allowed to do so after undergoing sex-reassignment surgery and sterilization. This law just recently changed in 2013, where trans folx were able to legally change their gender without having to undergo surgery, hormone replacement therapy or sterilization.

It is troubling it took this long for Sweden to acknowledge this harm. As an attempt to make amends to the individuals who were focused into sterilization and sex reassignment surgery, in 2018, the Swedish Parliament approved financial reparations be delivered to an estimated 800 individual.

It is important to know as a queer person studying in Sweden that although Sweden does a lot of things well, it is still an imperfect country run by imperfect people. Thankfully there are LGBTQ+ organizations and activists working hard to push Sweden to ensure transgender individuals have the same rights and freedoms as does everyone else. As a student in Sweden, you have the freedom to be a part of these movements, too.

If you are interested in getting involved, one of the best organizations you can check out is, the Swedish Federation for Lesbian, Gay, Bisexual, Transgender and Queer Rights. ↗️ Here you can learn about all the great work the group is doing to progress LGBTQ+ rights in Sweden, as well as, find groups and meetups in your area.

5. Where it’s normal to be you

Like many queer folx, for years I struggled with accepting my queer- identity – I ignored it, denied it and hid it, not just from others, but also from myself. It has taken a lot of work, a lot of prayer and a whole lot of therapy to get to where I am today- which is really, really proud and grateful to be who I am, which includes being a queer woman. And for that reason, I am so grateful that I live and study in Sweden where I can celebrate this progress and this newfound pride, openly and outwardly.

However, for me, one of the greatest parts about being queer in Sweden is that my queerness is viewed as just one of the many things that makes me me. I am an American, a feminist, a woman, a student, a daughter, a friend, queer, and so much more.

Living in Sweden, I have experienced a new sense of freedom, because I can be celebrated and loved for being all of me.

And just like you, Sweden’s culture of inclusivity and acceptance is just one of many things that makes Sweden, Sweden. Here there is so much to do and so much to explore. And because in Sweden its normal for us queer people to feel safe, supported and celebrated, as a student you will have so many opportunities to explore and expand the many parts of you, as well as, the many parts of this new country you will come to know one day as home.

If you have any other questions about being a queer student in Sweden, please feel free to leave a comment or email me at jordan.digitalambassador@gmail.com 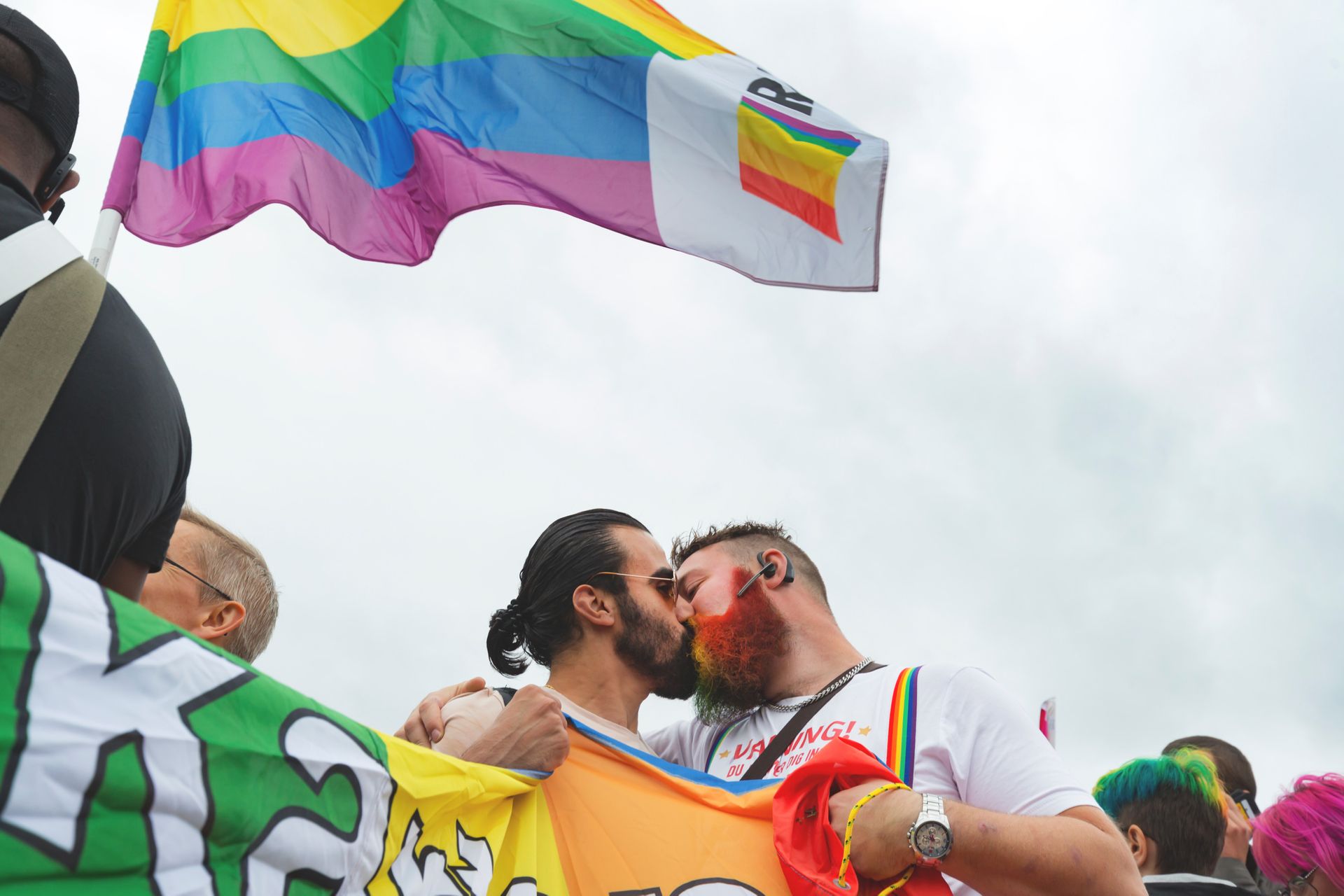 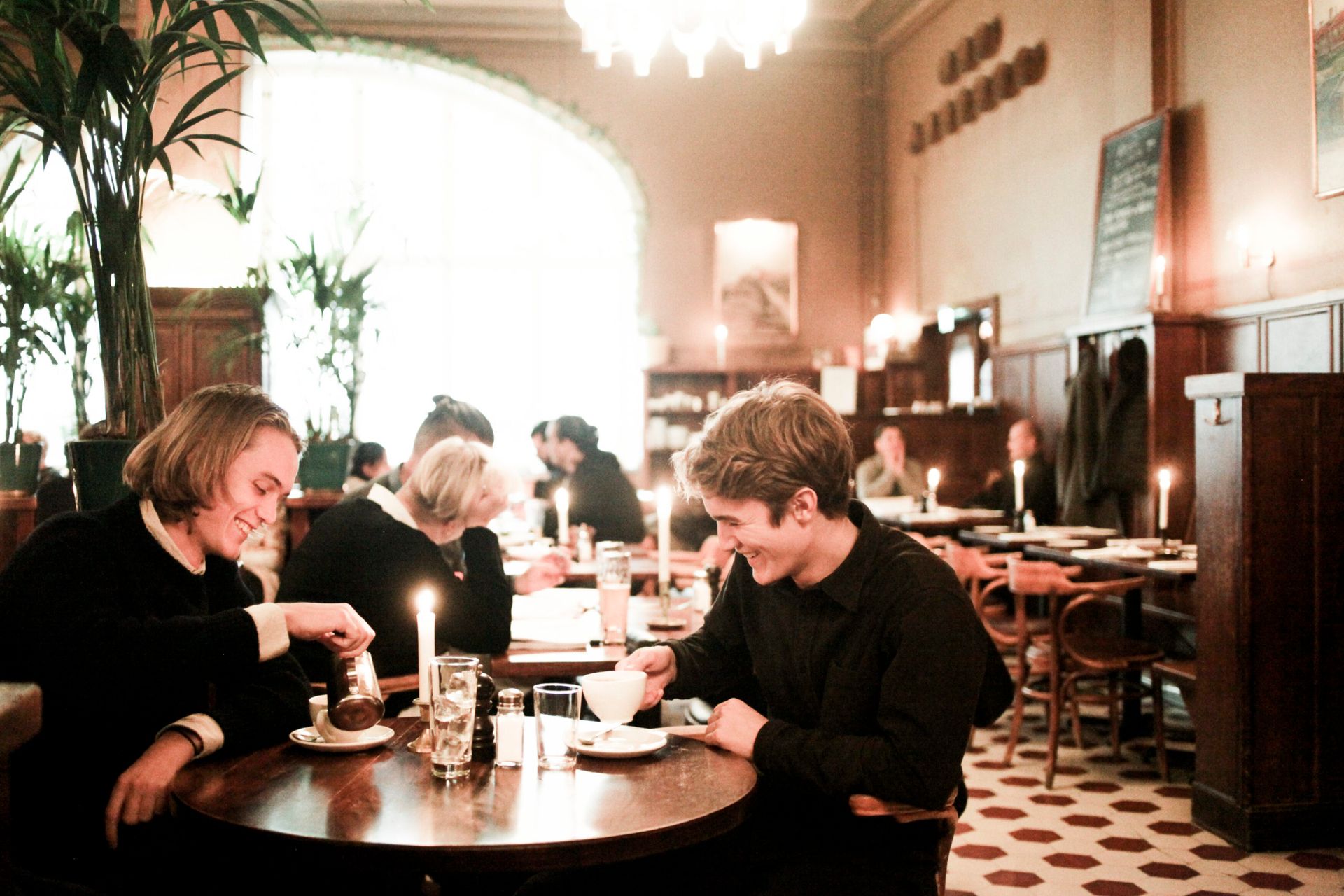 Netflix and Chill, the Swedish Way