Why being close to your classmates is a wonderful thing

It’s kind of insane how many programmes there are in English in Sweden. 933, to be precise. Because of this, many classes are made up of students from all over the world. That can be a lot to manage in a classroom setting, with many varied experiences of classroom participation, level of interaction with teachers and ways we give feedback to one another. In my experience (and no doubt for many others too) the relationship that I’ve built with my course mates this year has been the most rewarding part of not only studying in Sweden, but living here at all.

As the academic year comes to a close, I want to reassure some of you excitedly and nervously coming to Sweden in the autumn that, if you’re lucky, your coursemates may become a foundational support system for you in your life here. Maybe you will find your particular friendship network in your student nation, faculty group, student corridor or Swedish language class. In my specific instance, I want to share with you the specific joy of classmates who become so much more than that, the strength in our diverse origins, and the strong bridge which has been formed between our lives in and outside of the classroom.

So, here is a little story of what my year looked like with them:

A love story of good classmates

We meet at one of the boys’ apartments a couple of weeks after class has begun. It is September, and there is a slight chill in the air already. We all bring food (we don’t check who is bringing what – we don’t know each other that familiarly yet – and we end up with multiple baked breads and hummus variations). We learn that the youngest of us is 22, and the oldest 35 (we’re all very shocked that the oldest is 35, which she laughs at, batting away compliments that she looks ten years younger). This night starts the trend of hanging out beyond the classroom, and sets the scene for all the performance-watching, karaoke-bar-singing and lunchtimes-in-the-library-together yet to come.

October, and the wind has picked up a bit. In class, I announce that I’m directing a play in Uppsala, and ask if anyone is interested in auditioning. A class friend from Finland who I don’t know so well yet says she’d like to. She tells me that she usually exclusively plays seductress roles, and so she auditions for the role of “the Other woman” in this play. She is great at it, but I want to see how she works in another role. As the months roll into snow and she commutes from Stockholm to Uppsala twice a week to attend rehearsals, I see her grow enormously into the new character. We look back now and wonder how we managed full-time classes, rehearsals and work all at the same time. But we also know that extra-time spent deepened our friendship, and our creative practice together.

Winter, and for many it’s their first experience of prolonged darkness in Sweden. We shuttle to and from Pressbyrån in breaks from class, clutching at instant coffee, ignoring the fact we’ve brought food from home and enthusiastically buying 2nd lunches. The pack needs to stay warm in the wintertime.

It’s January and I feel a little low. The blue feeling starts to bleed out into how I sit in the classroom, and I find myself increasingly self-conscious and not sure of my words. I’m quickly snapped out of it though, by the classmate who’s loud laugh makes everything better. Some months later, I am back home visiting my family in the UK. My Mum is driving and asking me if I feel supported by my friends in Sweden, and I get very emotional when I realise I can emphatically say “yes.” I start to cry when I tell her about the friend with the laugh who makes you feel like everything is alright.

A new guy joins the group, though I can’t remember exactly when because it feels like he was always there.

One of the group – the 35 year-old who looks 25 – always invites the rest of us to her place, but she lives an hour and a half outside of the city. We always feel grateful for the invitation but never make it to her place, and instead share many other wonderful nights with her and the rest of the group within the city limits. For her and I who live outside of the city, many of these nights with friends will lead to impromptu sleepovers, with breakfast together before a day at the library, and borrowed underpants. Or these nights will end with the last train home, and receiving texts from others in the group asking if you got home okay.

The friend who is 35 but looks 25 lives with her mother, who is an incredible cook. Oftentimes my coursemates and I will note what an amazing cook her mother is, and the next time we go to class the friend will arrive with a bag full of baked treats from home. It is such a kind gesture, and many times I haven’t had to make up lunchboxes for four days afterwards. I often feel that I have never met someone so generous in my life.

On the WhatsApp group, the 35 year old who looks 25 makes a typo. Instead of saying “Hey guys” she says “Hey gays.” Many of us in the group are gay or bisexual or queer-identifying, and so this is becomes an affectionate greeting which sticks.

The friend and I who have started working on performances together beyond the classroom write a piece and perform it at a theatre in Stockholm. For 1.5 hours afterwards, we talk with the audience about the readings we had done in class which helped frame the piece we wrote and performed. We sit around small circular tables, listening and sharing stories with the audience about theory and acting and writing. Afterwards we feel fizzy with the feeling, that what we’ve read in class and talked about with our teachers has scope and power beyond the classroom space. A woman in the audience comes up to me and repeats one of the lines I read aloud back at me, squeezing my hand and just saying “that, that.” I look at my friend and we start to feel like we did something special, even if just for one night.

The only Swede in the group – the friend with the best laugh in the world – is also the world’s best Swedish teacher. Before my Swedish exam, she sits with me and we go through verbs. It’s difficult, because when I get something wrong it makes her laugh sometimes, and I like to make her laugh, so I like to get things wrong intentionally.

The spring is intoxicating. We take frequent breaks from the library, standing outside the building in the sun until we feel dizzy from the change in light. On the weekends, we take saunas on the sea and introduce each other to old friends, friends visiting from home, friends from other parts of our lives. It is still a fun and bemusing novelty to introduce people to one another whilst naked.

The strange suspicion of not feeling enough in the classroom starts to creep back in. I confide in the friend – the one who was new to the group but who felt like he was here all along – that my confidence is starting to wobble and that I can’t find my voice in class anymore. He hugs me when I feel overwhelmed, kneading the stress I have been holding in my back softly, texting me later to see how I’m doing.

I start to feel the pinch of the academic year, and the encroaching knowledge that once the final essays are done, the dynamic of the group will shift and change again. And so we treasure everyone whilst they’re still here. After class, plans made elsewhere (to do laundry, for example) are scrapped in order to spend another evening with one each other, on a balcony in the sunshine, talking about all the moody ways we want to make the world right together. It is always enough, to spend a yellow evening together with them, like this.

We start to face the fact that two of the group are leaving. I sound intense and dramatic now, but they are formative members of the group, and so it feels acutely awful that they will go. In June they will both leave, on the same plane back to France, from where they came. I wonder why I always let my heart get so broken, year after year, befriending exchange students. I start looking up trains from Stockholm Central to Paris. I feel thankful for the nine months of them we had in this group, and decide that the pain of their absence is worth it, for the promise of a café on a street corner, a cigarette and sharing stories yet to happen, long into a Parisian evening, like we used to by the water in Stockholm.

I will particularly miss how every single time an attractive man has sauntered past our desk in the library, we have all caught one another also looking at him, laughing together at the shared longing.

I grow so grateful for the friendships not only because of late night gossips over beers and love affairs being had in the city, or for memes shared over group chats, but for the ways we’ve strengthened one another’s academic and creative work too. Here, I think of the friend who’s writing I proofread, and who’s clarity and succinct way of putting things I so admire, and I feel so excited seeing what she will write next. I think of how she has started to proof-read my essays too, and how scary that step was to give my work to someone, and how she combs through all the tangles of it with such care and attention. I think about how we are making one another better communicators, writers, thinkers, lovers of big and little things.

I think about how we’ve weathered the severe seasons of the year together: reading shoulder to shoulder under artificial light in dark libraries in December; cigarette breaks in silence staring at the springtime sun; staying awake in a tiny train sleeper cabin, watching the midnight sun in the Arctic Circle, wondering if there had been a better feeling ever felt. Even though we won’t be in quite the same constellation next year, I think that right now, we’ve come pretty far all together. 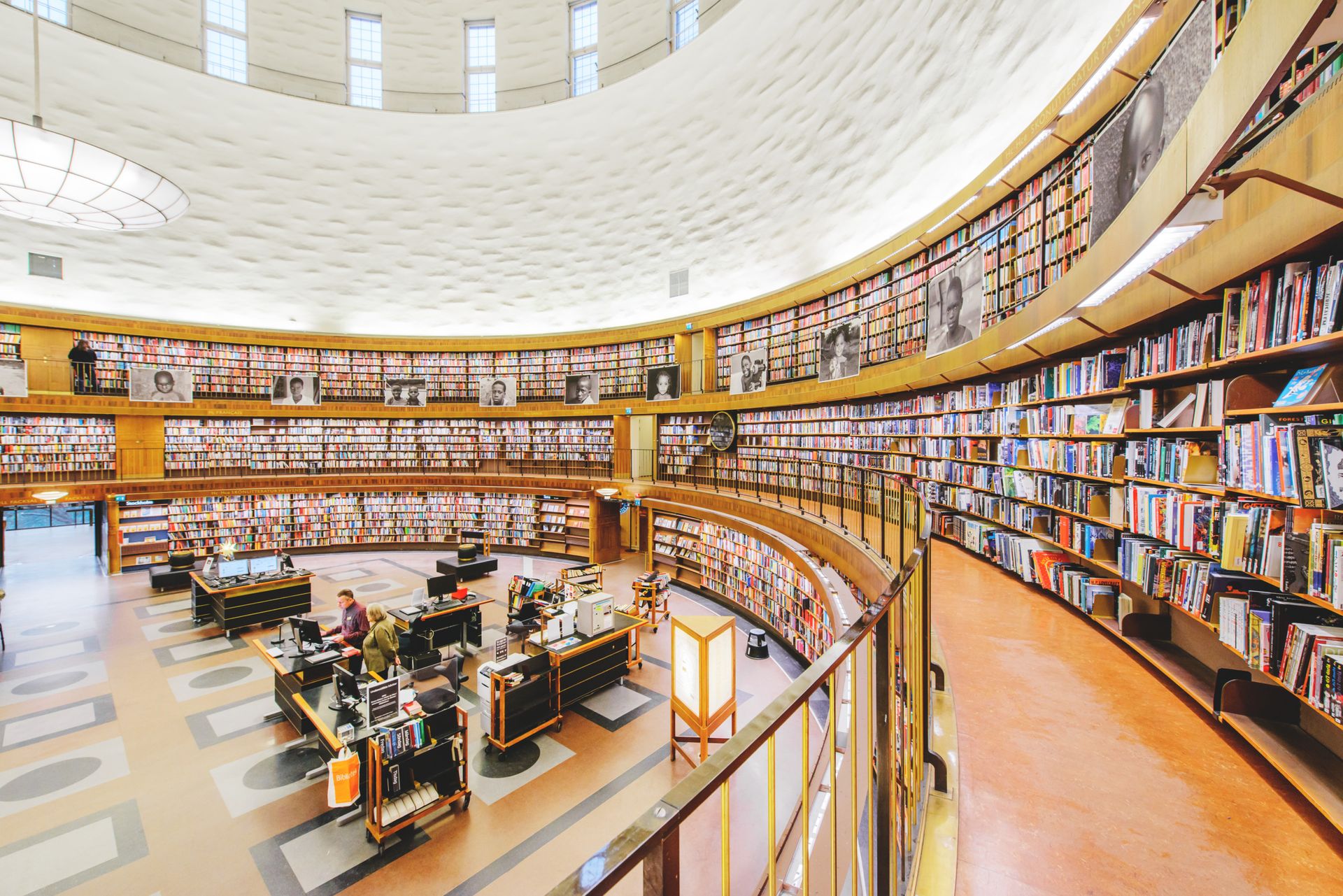 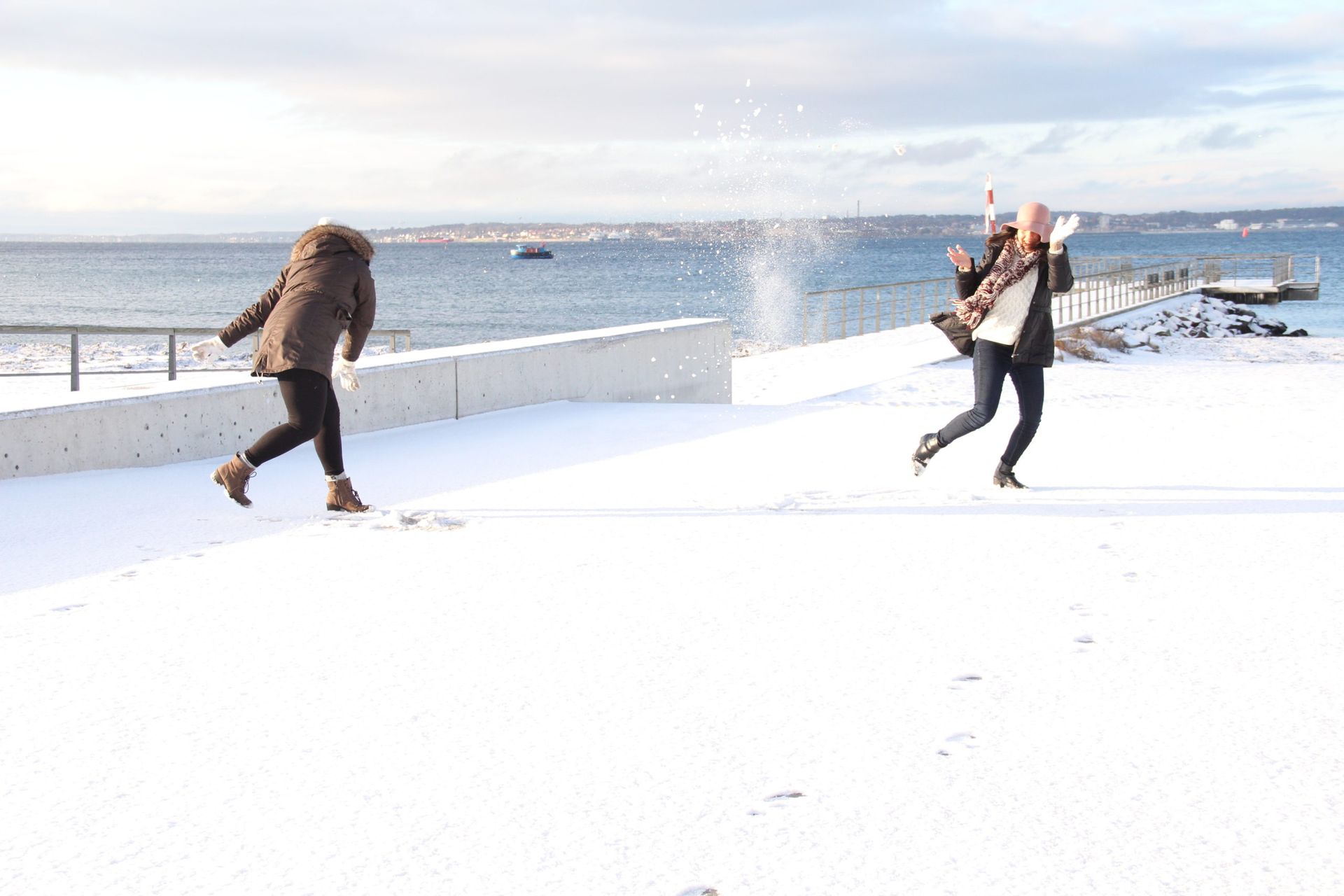 What I learned during my first winter in Scandinavia 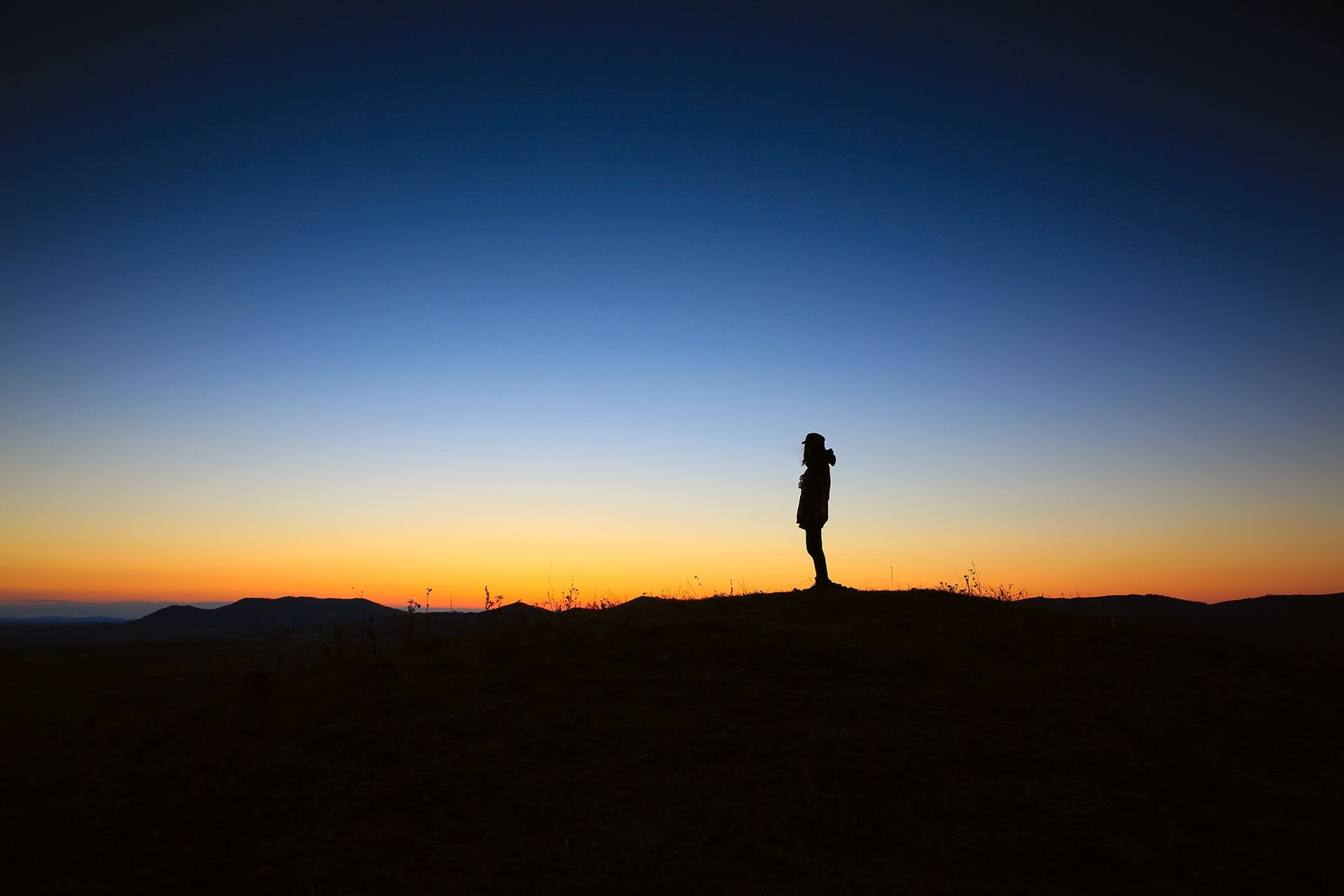 How to meet new people in Sweden