The calming magic of the Swedish sauna

When moving to a new country, it can take a long time to establish routines and rhythms of yourself there. Settling into new timezones, new hours of the day to eat meals, attend class, 3am becoming the strange, bendy hour after you return from the pub from longer-than-planned discussions with course mates. It’s not just about getting used to the schedules of the work or study day, but of recognising yourself in a new place, whether that’s through establishing a routine of prayer, meditation, finding time to do the one or two things that calm and centre you in a place, so you can really see and feel yourself there. For a long time, I’ve struggled to find what that *thing* is for me. But I think I’ve found it now, and it’s located in the warm wood of the Swedish sauna.

3. Swedish – verb, meaning, the action of going to the sauna.

The Swedish word for sauna is bastu, and the action of going there is to basta. E.g “Vill du basta ikväll?” (Do you want to sauna this evening?). If you’ve never been to a sauna/bastu before and you’re thinking: “stop giving me translations, I don’t even know what it is!”, essentially: the sauna is a little wooden box. It’s a room which can be in someone’s house, in the departments of university buildings, on lakes, in student dorm basements, ON the sea.  The purpose is the room is to go, put water on hot coals, sit there in the warmth and sweat. A lot.

The room itself has several tiers of wooden seating – you should sit at the top if you want to sweat out every possible sin and toxin from your body. In university buildings and student accommodation, saunas are usually designed so that there are showers right next to it, so you can pop in and out between the heat of the sauna and the cold of the shower. Other saunas are designed so that you can head out to the sea or to a lake afterwards, dunking your body in the water, or going for an extended swim before heading back inside.

So you just sit in a very warm box for ages?

Shorthand answer, yes. But (imagine me doing a very bad, enthusiastic Swedish impersonation right now) – it’s so much more than that! Many students take advantage of the space of the sauna to have small parties with friends, getting some beers in and chatting the nights away. On bitingly cold winter nights, when you feel very skeptical about heading outdoors, it can make for a nice alternative, sitting in the warmth all together.

Though generally not compulsory, many Swedes sauna in the nude. As a culture, Swedes are pretty open about nudity, ↗️ and the sauna is a hot-spot (wahey) for stripping off. That being said, due to the heat of the wood, you generally bring a towel in to sit on, and people often use them to cover up parts of their body they may not be so readily comfortable to let loose. If you’re not so comfortable in the nude, some bastus will be fine with you wearing a swimming costume (if you have a private one in your accommodation, for example, that’s totally fine).

If the sauna you’re visiting is located on or near a body of water, that is a key component of the bastu experience. Swedes often sit in the sauna for 20-30 minutes, until they’re sufficiently sweltering, run outside with a towel in hand and jump into the water. In the winter, you’ll head outside, trying to get your footing right between snow and ice patches, before submerging yourself in small pockets of water carved out from under the ice. In the summertime it’s a much more forgiving experience, where you might run out to the lake or the sea – jump in for the quick sensation of cold, wet water on hot skin – before hopping out again. Depending on how brave you’re feeling, you might return to the sauna a few more times, dunking in and out of the routine of warmth and cold for a couple of hours.

How can it make you feel calm, or at home?

I don’t think I’ll ever forget the way it made my body feel the first time I plunged my body in the 0 degree water after being in the sauna for 30 minutes. Instantly, as I threw myself under water, it felt like pins were dancing all over me, poking parts of my body inwards upon themselves. Urging my body under water – shoulders, neck, head – made me feel aware of my body and all the crazy processes of how you make it move in a way I hadn’t felt before. The processes of my body became so much more heightened when I was forcing it to do something which, in the moment, it really REALLY did not want to do.

I also remember so clearly the dazed feeling I had the remainder of the day. My friends and I wandered around Stockholm ensconced in the after-feeling of a warm hug. Like sunburn, but without the scratching reminder every time clothes move across body parts. It just felt like this strange, cotton-wool wrapped glow. I slept a better night’s sleep that night than I had in months, entirely uninterrupted by invasive thoughts or Twitter alerts.

This day, the first day that I did the sauna/sea combo, I took my friend Oona with me to meet my course mates. Oona and I arrived early, and hopped into the women’s-only sauna for a while before my course friends arrived. When they did, a small, funny introduction ensued, where new friends were being made for the first time entirely in the nude. One of them commented after: “I don’t think I’ve ever made a new friend naked before. It’s fun!”

The entire course of that sauna-session was, honestly, beautiful. Not only for me getting to see friends from different parts of my life bonding and laughing together (honestly, isn’t that the best thing in life? Watching friends from the different axis of your world coming together), but the space of the room. It was women-only, in a very, very tiny box. Inside were crammed perhaps 12-13 different women, small clusters of friends, and singular elderly Swedish ladies. Around 5 different languages were happening, and at one point we all just started sharing tips about our favourite saunas in the country. One notably alone woman left the sauna periodically to go to the sea, and as she did would use all the other bare shoulders of random women in the room as a support for her to lean on as she moved down from the higher tiers of seating. I mean, we all clearly thought it was a bit weird, but there was something quite beautiful about it. A woman, steadying herself on the bodies of other anonymous women, and we silently complied, offering arms and shoulders to help steady her path.

The most overwhelming feeling I have when I go to sauna is just one of total calm. The routine of the sauna makes me feel both more connected to and in control of my body, when I can so easily get overwhelmed with studies or work and the hedge-maze of life. It’s such a valuable space to be able to sit and just be yourself, in all your lumps and bumps and contradictions.

I’m now making a more concerted effort to make the sauna part of my weekly routine of life here. To be in the warm with myself, to be slow with my body and brain and think things over in depth. Then running outside to the water’s edge, buoyed by the feeling of a dare, and the feeling of utter stillness in my body, after coming up and out of the water again. 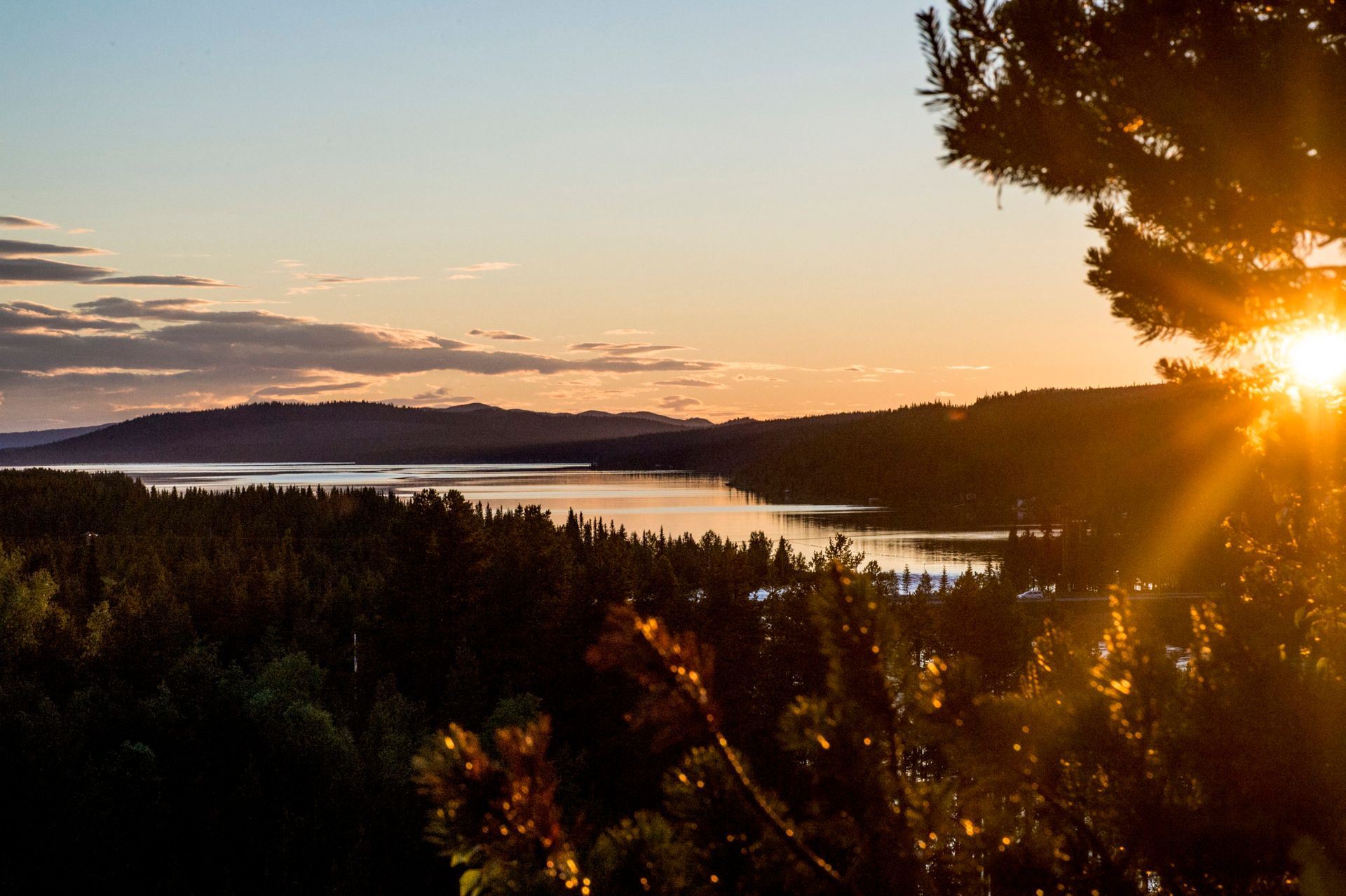 A love letter to the Swedish Sun (in winter) 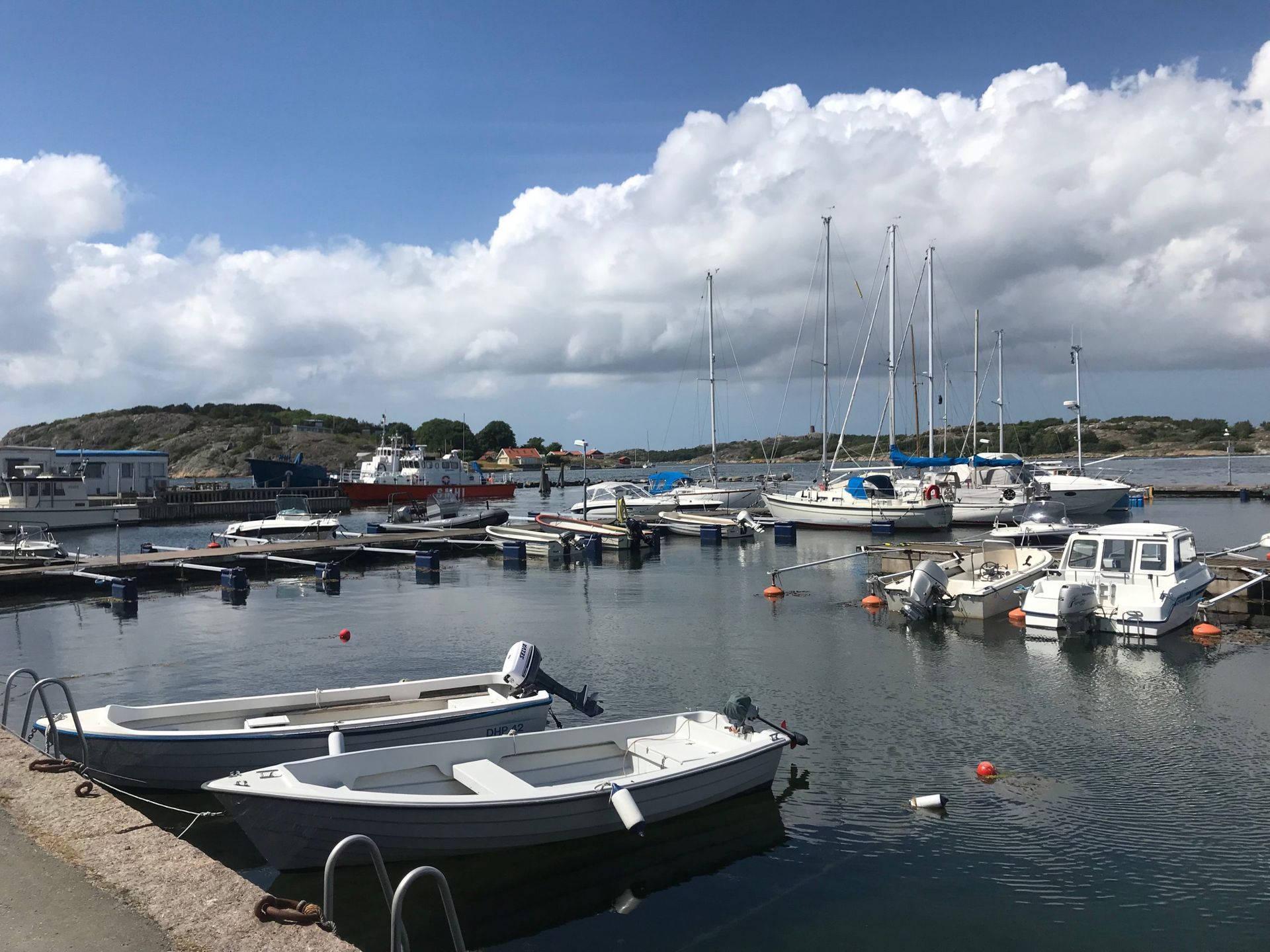 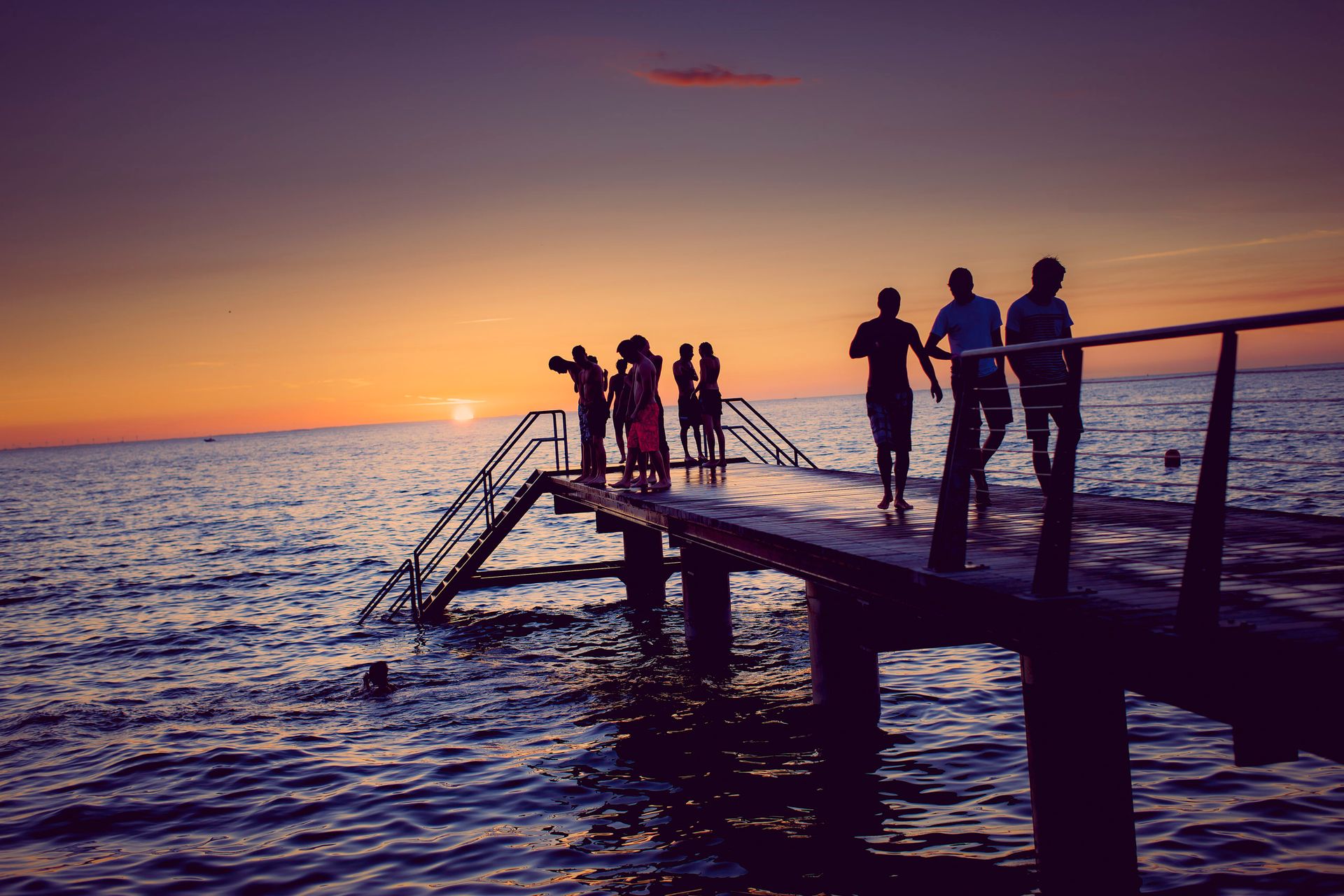 How to spend your summer in Sweden 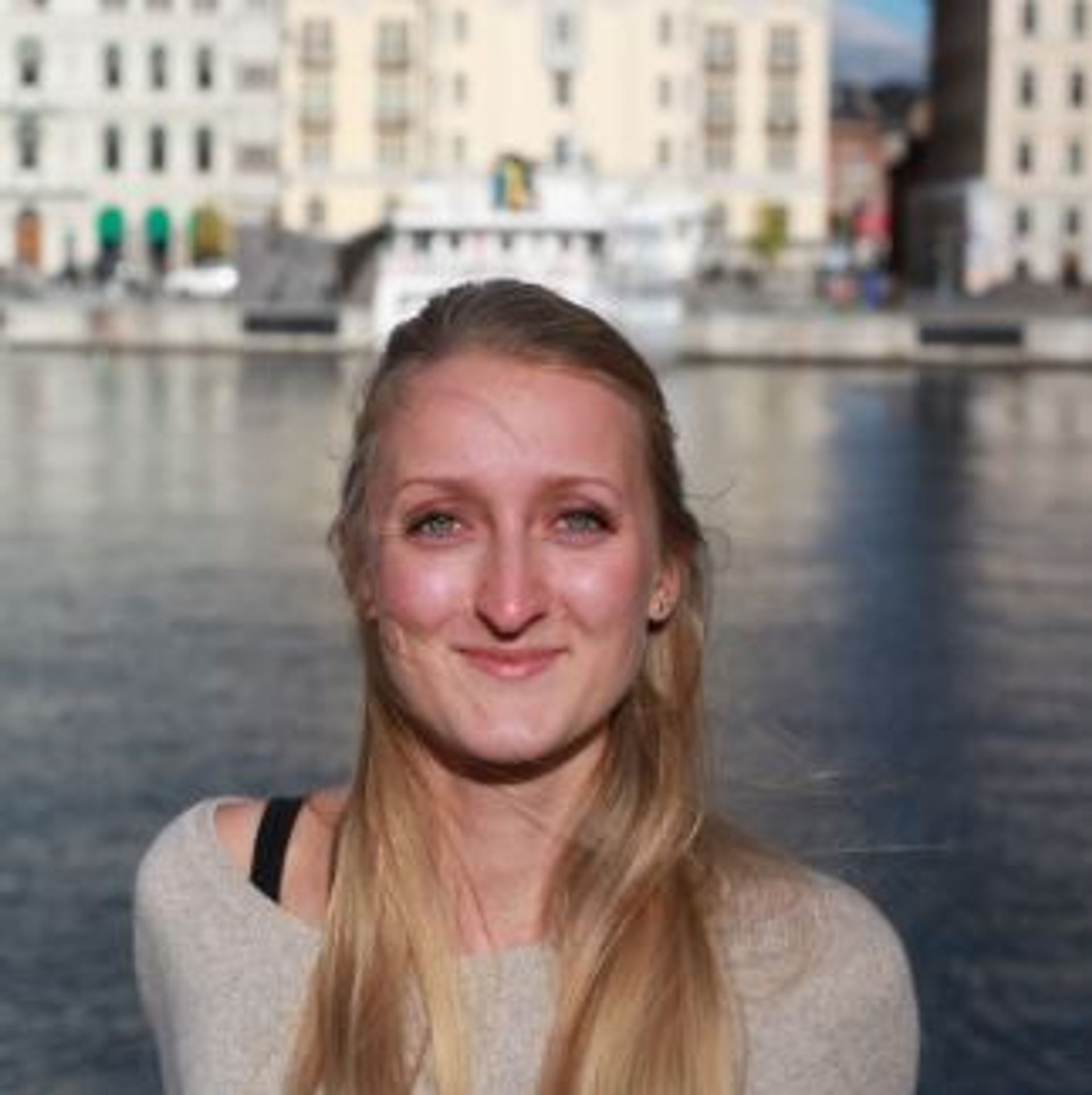