It started in the fourteenth century, with the introduction of a mandatory feast before the forty-day fast of lent. This feast was a three-day bender of Swedes stuffing their guts with all the hottest dishes of the 1300s – including the irresistibly named “Stone Cake.” This is where the notion of the semla was born.

Flash forward to now, and for one Tuesday every March, Swedes try to negotiate snowy sidewalks whilst carrying boxes stacked high from the bakery, full of semlor for colleagues in the office, or friends working together on a group project in the library.

But what is it? Let’s start from its traditional form, and work from there. A traditional semla is a little rotunda of a pastry. It has a dense, doughy base – a dependable disc, which you know is just the right size for a fika break. The bun is infused with a spice which, rumour has it, dictates the rhythm of the Swedish seasons all by itself: cardamom. You can bet that if you’re eating a dish or drinking a drink which has a cardamom-infusion going on, the season you’re in is definitely still winter. The middle of a semla is a precarious tower of whipped cream – with a twist. Marzipan is grated and mixed into the milky ensemble, and the base is lined with an almond-paste called mandelmassa, making the semla a hot-bed of flavour debate in the Swedish pastry game (Is this the only time of years when Swedes debate with a visceral intensity what the suitable amount of almond in a dish is?) Finally, the semla is crowned with a little cap of dough, and dusted with icing sugar. As an ensemble, it makes the pastry look like a little pleasing house in the winter-time, or alternatively, like a burger for a sweet-tooth.

The world hurtles unendingly around the sun, and as long as we’re rattling around on this old rock, we humans will always look for ways to jazz up the weird things we fuel our bodies with. Owing to a mixture of baking ingenuity and how our generation have become beholden to taking photos of every single thing we ingest, semlor (plural, semla – singular), have metamorphosed into some new wacky, wonderful and weird shapes over the years. But hey, considering 20,000,000 of them are consumed every year in Sweden ↗️, it’s nice to get some variation, right? And so, in a collab which is hotter than Savage x Fenty, Cardi B x Bruno Mars and Semla dough x a 225 degree pre-heated oven, three Study in Sweden ambassadors bring you a Semlor-tasting-challenge from across the country.

Emma x Katharina x Lauren have tried and tested some of the most exciting (and frankly, insane) semlor combinations the Swedish bakery game has to offer, in order to see which variations could stand the test of time. So, from east to west, from Uppsala to Jönköping to Göteborg, join our bloggers below for the 2019 Great Swedish Semlor-Off!
– Emma

Size: Like if I made my hand a tight fist, the semla pastry and whipped cream probably equate to that.

Attractiveness / aesthetics: I didn’t like coffee until I moved to Sweden. Prior to then, if I accidentally ate a coffee chocolate I would delicately but militantly gob it out into a nearby napkin. After a month of living in Sweden, I remember the switch: I was in one of Sweden’s many konditoris (bakeries), and I thought the refill coffee price was insanely cheap, so I grabbed a mug. I’ve never looked back. Now, I’m a three-coffees and significant-heart-palpitations-by-noon-kind of gal. So as you can tell, I was very hyped for this Semla/coffee collaboration.

The Semla-latte is served at Espresso House, a popular coffee shop chain in Sweden. To get the drink on a Sunday at 18:00, I had to go to the only one open in Uppsala city centre, which was at the train station. Which, I admit, felt slightly lame? Leaving home to go and have a coffee at a train station when I am not about to catch a train afterwards (Siri, play a country song about riding a train to nowhere). Anyway, when I ordered it initially I was struck by the intense Instagrammable nature of the drink. The semla itself was just a little cap of pastry, maybe 5cm thick, and looked like a large doughy macaroon has been placed on top of a mountain of whipped cream. However, I’m not that much of a contrarian, and I have to admit that it did look cool. 4 out of 5 for looks.

Mandelmassa to semla ratio: Okay I am in major Eurovision mode, and for this criteria the Semla latte gets an unequivocal Nil Point. Like, where was it?! Once I figured out how to broach the pastry bit of it (you just have to get stuck in with your hands and elbows tbh, it does not handle a cutlery-based approach well), I realised how little DEPTH this drink actually has! It’s just the doughy thing, and then a butt-tonne of whipped cream on top of a regular latte. Girl, who has whipped cream on a latte? For this criteria, I feel scammed.

Tastiness: The alleged “semla” part of it was cold and flat, like it had just come out of the fridge. On this basis, and indeed speaking for the whole ensemble of the festive beverage, I’m calling it: this drink represented the vacuous soul of capitalism. This drink had the promise of SO MUCH MORE! The ad for it suggested a festive bev with all the bells and whistles of being something warm and creamy and carb-y to fill the void of winter darkness and seasonal depression. Instead, it tasted like something your grandma would let you make when you go round her house as a kid and put together random foodstuffs you find in her cupboard which went out of date in 1995. The semla was like a stale biscuit! For something which appeared to be a descendant of the Pumpkin Spiced Latte family tree, I’ve gotta say the Semla Latte was not my cup of tea (or rather, coffee… I’ll show myself out). However, I’m happy to acknowledge this is probably just a blip of the medium – I’m a huge fan of regular semlor, and so I think the mash up of semla x latte was just too over ambitious. Let’s check out Lauren and Katharina to see if they’ve had a little more success….

Attractiveness / aesthetics: I have only seen one kind of Semla wrap so far, so it is hard to compare. Unwrapping it from the paper it might look a lil scrunched but looking at the wrap actually wrapped I’d say it looks very aesthetic for one that has creamy fillings. and as you need the paper to prevent your hand from Semla’s stickiness I think we can disregard its granny-style inner looks. Seeing it on your plate or in your hands, you just wanna bite right into it!

Mandelmassa to semla ratio: ¼ of the semla was marzipan (mandelmassa) if you roll out the wrap; of the total filling ⅓ mandelmassa and ⅔ whipped cream

Tastiness: Freaking tasty! I usually do not like it too sweet hence in my opinion this one is perfect for the kind of “treat category” it belongs to! I have tried eating the Semla wrap twice in different ways in the same café. The first time, I ate it more or less ingredient by ingredient and I thought I will die due to sugar shock or something. To be honest, I was convinced that I will never ever ever eat one again… BUT for you guys, I got another one. So, the second time I was a little smarter and ate is as a real wrap (to be recommended! 😀 ). Much better, it was creamy and each flavour came through yet it wasn’t too sweet. The whipped cream and the marzipan were perfectly balanced and I am kinda sad that the season for Semla is almost over………. On my way to get another one, I need to hurry up, ok bye!!

Size: Approx. half the size of my head

Attractiveness / aesthetics: Perfectly round with an oh-so-dainty dusting of icing sugar and satisfying ruffles of cream. Mmmm.

Tastiness:  Full disclosure: I have never tried semla before. Semla is totally new to me. I DON’T REALLY KNOW WHAT SEMLA IS. Or rather, I didn’t – UNTIL TODAY. I was a bit suspicious when I saw the greenish-yellow ooze of mandelmassa peeking out from under the puff of cream, having somehow convinced myself it would taste like marzipan – and I am not a marzifan. But when I finally took a big bite of my classic semla, all my worries melted away. Semla is GREAT! The mandelmassa was not over-almondy at all, and in fact it was mostly obscured by the masses of cream spilling out of the bun. Overall, it was deliciously, eyeball-achingly sweet. You can keep your fancy semla wraps and semla lattes! Classic semla is the one for me!

NOTE: I have since been informed that taking a big bite out of semla as if it was a hamburger is NOT the right way to eat semla! Apparently, you are supposed take off the ‘lid’ and use it to scoop out the cream a bit at a time, then take a bite from the lid; this makes the bottom part of the semla more manageable and to be honest sounds a lot more dignified than what I was doing, which I’m glad no-one was around to witness.

Size: Fits right in the palm of your hand. Aww!

Mandelmassa to semla ratio: 1 mini dollop of mandelmassa approx. the size of a 10 SEK piece and the rest is bread and creamy goodness!

Tastiness: I’m going to be honest – it tastes exactly the same as a classic semla, i.e. really good. But what really sets the mini-semla apart and propels it into a league of its own is 1) it’s wallet-friendly price, and 2) the ease of consuming it – it’s just gone in one mouthful. Want to eat regular-sized semla but concerned that the creamy filling will end up smeared across your face because you ate it like a hamburger and you won’t know until later in the day when you catch sight of your reflection in a shop window and realise you’ve been walking around like that for 4 hours? Mini-semla is for you! Mini-semla is the perfect semla for, say, the budget-conscious busy student on-the-go, the newly-qualified lawyer on her way to court to defend a client in her first high-profile case, or the brain surgeon about to perform a life-saving operation. Neatly consumed in one easy mouthful. MINI-SEMLA!

What’s your favourite kind of semla? What’s the strangest semla you’ve ever tried? Let us know in the comments! 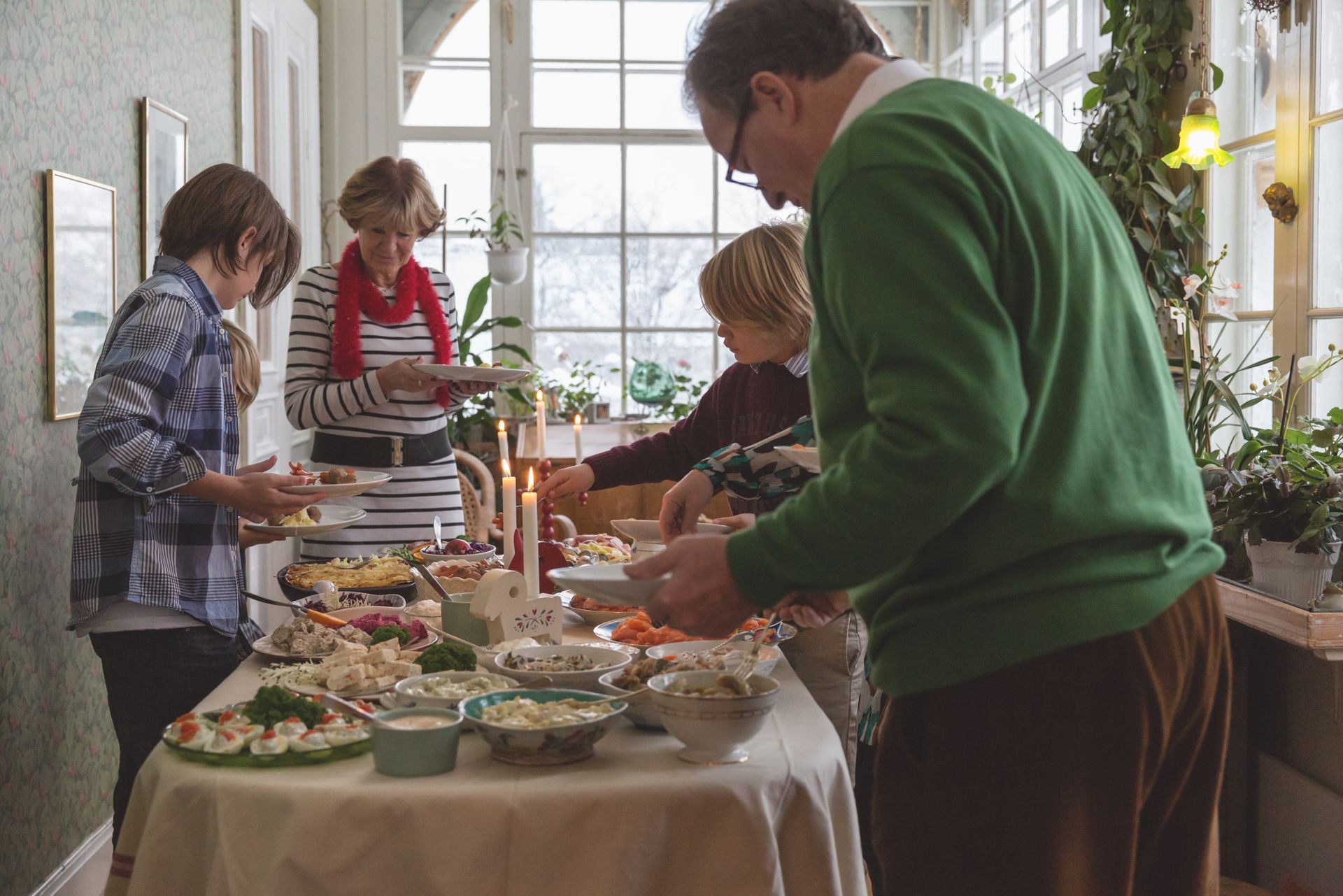 What is Swedish Julbord? 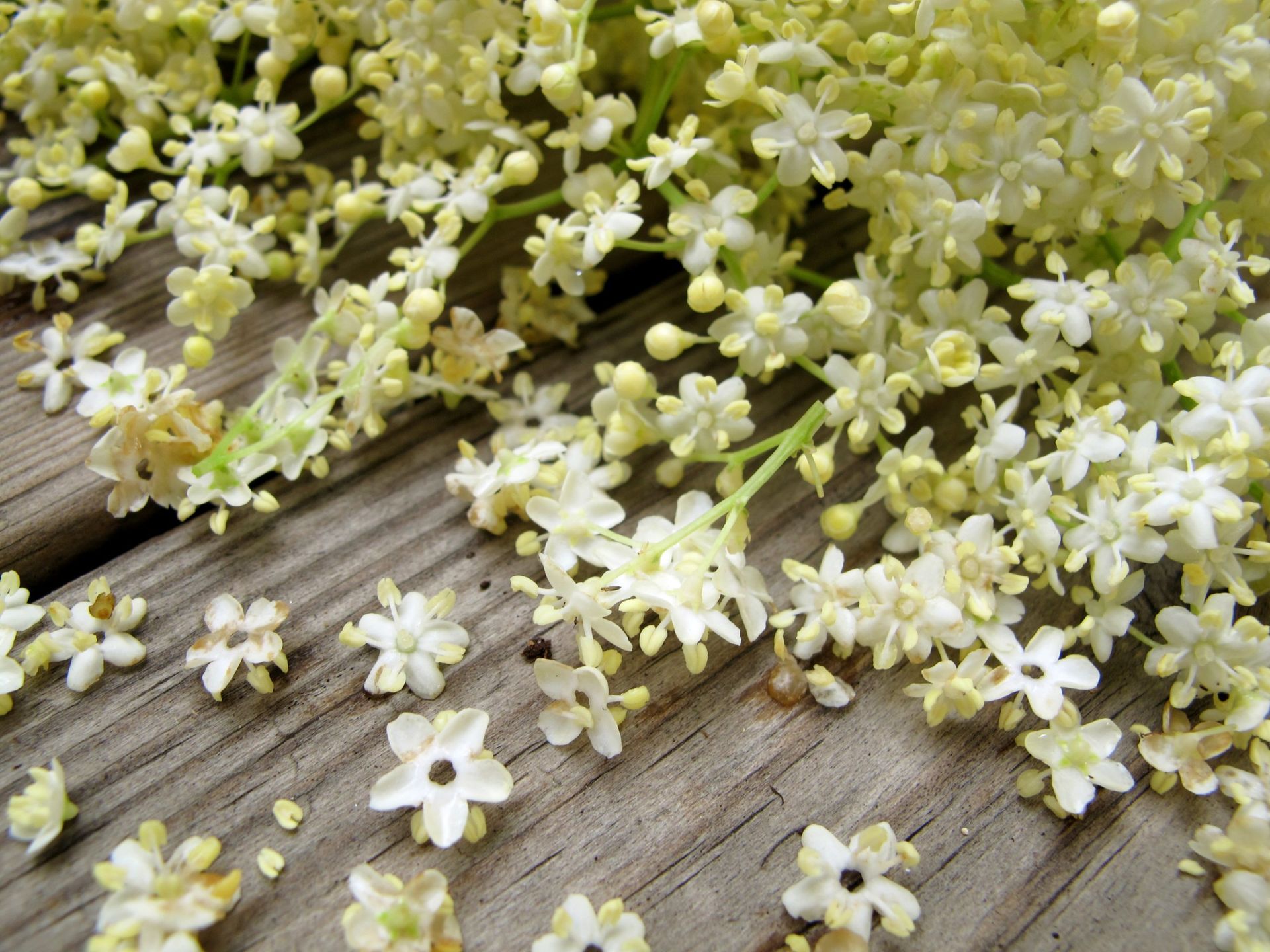