Indigenous People of Sweden: The Sámi

I wasn’t sure what to expect when I boarded the train in Umeå early Friday morning, destination Övre Soppero.  Four of my classmates and I were headed to the far northern reaches of Sweden on a research trip to learn about the culture of the indigenous Sámi people.  The Sámi settled in the northern parts of Norway, Sweden, Finland, and Russia over thousands of years ago, as a nomadic hunting and gathering people with a strong culture. Today there approximately  80-100,000 Sámi living throughout this territory, speaking their own language, including three regionally varied dialects. As I would soon learn, they work incredibly hard to keep this ancient culture alive and community strong, even in the face of discrimination and adversity.

For some Sámi in northern Sweden today, their daily life and livelihood revolves around their traditional reindeer husbandry (herding), migrating with them through the seasons across the rugged landscape. Others maintain their sense of cultural heritage through stunning handicrafts, hunting, and fishing. As these traditions and practices started some thousand years ago, the Sámi have an unbelievable knowledge of the geography, migration routes, seasons, weather, natural resources and much much more.

As demonstrated in every aspect of their life, the underlying foundation of the Sámi culture is value placed on living harmoniously with the land and respecting the resources it provides. This philosophy may have originated with the ancient Sámi religion that was centered on nature and defined their world by three tiers: the underground, the earth, and the heavens. Today, mythology, handicrafts, and joik, a form of singing, and other art forms, play a vital roles in passing these religious values and connections to the land down through the generations.

Not only do the Sámi have a long tradition of revering nature and using their resources with sustainable care, but they also have an incredible sense of community and loyalty to others in their culture. This warm inclusion was extended to me and my classmates as well. We were welcomed into people’s homes without hesitation to learn about their way of life, their struggles, and their triumphs. The ensuing experiences were far beyond anything I could have imagined.

Beginning in Umeå, we hummed along in the train moving north, passing mile after mile of dense forest. The trees were laden with a heavy blanket of snow, and as rolling hills became visible in the distance, the trees also grew smaller. Wide open expanses of white fields began to interrupt the wall of forest flanking the train, and we knew we were no longer in the “southern” north of Sweden.

Arriving at our first stop, Kiruna, the sun set, momentarily trapped between a layer of clouds and the mining town’s mountainous form that loomed nearby. From the train depot, it was a spectacularly bright landscape, with glittering snow and brilliant sun that cast long shadows across the white plains surrounding the town. Over the coming years, the town will gradually be moved to another location, so that the mine can expand and continue harvesting iron ore. It will certainly be a transition for Kiruna and its people, as it will displace many who have lived their whole lives there.

Our first leg of the journey was done and now we just had a 45 minute drive to the town of Övre Soppero, where we would meet our host Sámi family for the weekend. We were picked up by a relative of the family, who had finished school in Kiruna for the week. Bumping our way across the icy roads in the twilight, he told us that he was currently learning about electrical work in the Kiruna mine, but would soon turn to the ways of his Sámi roots, and learn how to herd the family reindeer. Upon arrival into Övre Soppero, a small village of 170 people, we were taken into our host family’s home and fed a traditional reindeer stew before falling asleep in beautiful attic of an old farm house. The next few days spent in  Övre Soppero were a blur, filled with once in a lifetime experiences and opportunities to learn about the Sámi culture first hand.

The first day, we learned about the practices of feeding reindeer. Mounting snowmobiles, we pulled carts of pellets behind us through the forest as reindeer appeared. They ran at full speed beside us, their hooves a symphony of crunching snow. We stopped in a snowy field to unload the food and the reindeer swarmed around, eager for their meal.

This has only become a common practice in the past decade as climate change alters the winters. There are more frequent snow storms and extreme temperatures, which creates layers of ice and snow that are impossible for the reindeer to penetrate with their hooves while looking for moss on the ground below. Temporarily keeping the reindeer enclosed in fences with food pellets has been one solution thus far. As some Sámi told us, this is not natural, teaches them unsustainable habits, and puts them at a higher risk of disease. Besides lack of access to ground moss during winters, pollution has led to the decrease of lichens hanging from the trees, a staple food item in the reindeer diet year round. Lastly, mining and logging companies have been encroaching on their land, making it harder and harder to find suitable habitats for the reindeer to live.

Despite these hardships, the Sámi people are working to adapt their reindeer herding practices and ways of life to these external constraints, while still fighting for their rights to herd, for protection of their land, and for their culture and respect. Maintaining their ancient traditions, which define their identity and pride, also gives them strength to push for a better future.

The last days in Övre Soppero were filled with visits to local artists who have dedicated their lives to continuing the Sámi handicrafts. These handicrafts range from customary clothing (gákti’), to knives, to silver jewelry, to reindeer herding tools. Every craft had a long history behind its design and making process. Each person to whom we spoke referred to the land and the seasons as inspirational forces that guided them in their craftsmanship and designs. They also emphasized the time and patience that their work takes. Slowing down and weaving a piece of themselves and their culture into each thing they make is paramount. Some had an art education, while others simply picked up the craft from their parents and grandparents. Their skill and care was unbelievable and will inspire me moving forward in my design degree.

Our experience here in Övre Soppero was all due to the generous Sámi community that welcomed me and my classmates into their homes, showing us their customs surrounding reindeer herding, traditions making handicrafts, and deep connection to the land. Every facet of their life is linked to the health of the land and the respect they give it. They take inspiration from the changing seasons, the pureness of the vast open tundras, the power of the forests and mountains. Coming away from this trip, it is evident that I can learn many things from their ancient culture and learn to incorporate their values and reflective practices into my own daily life. 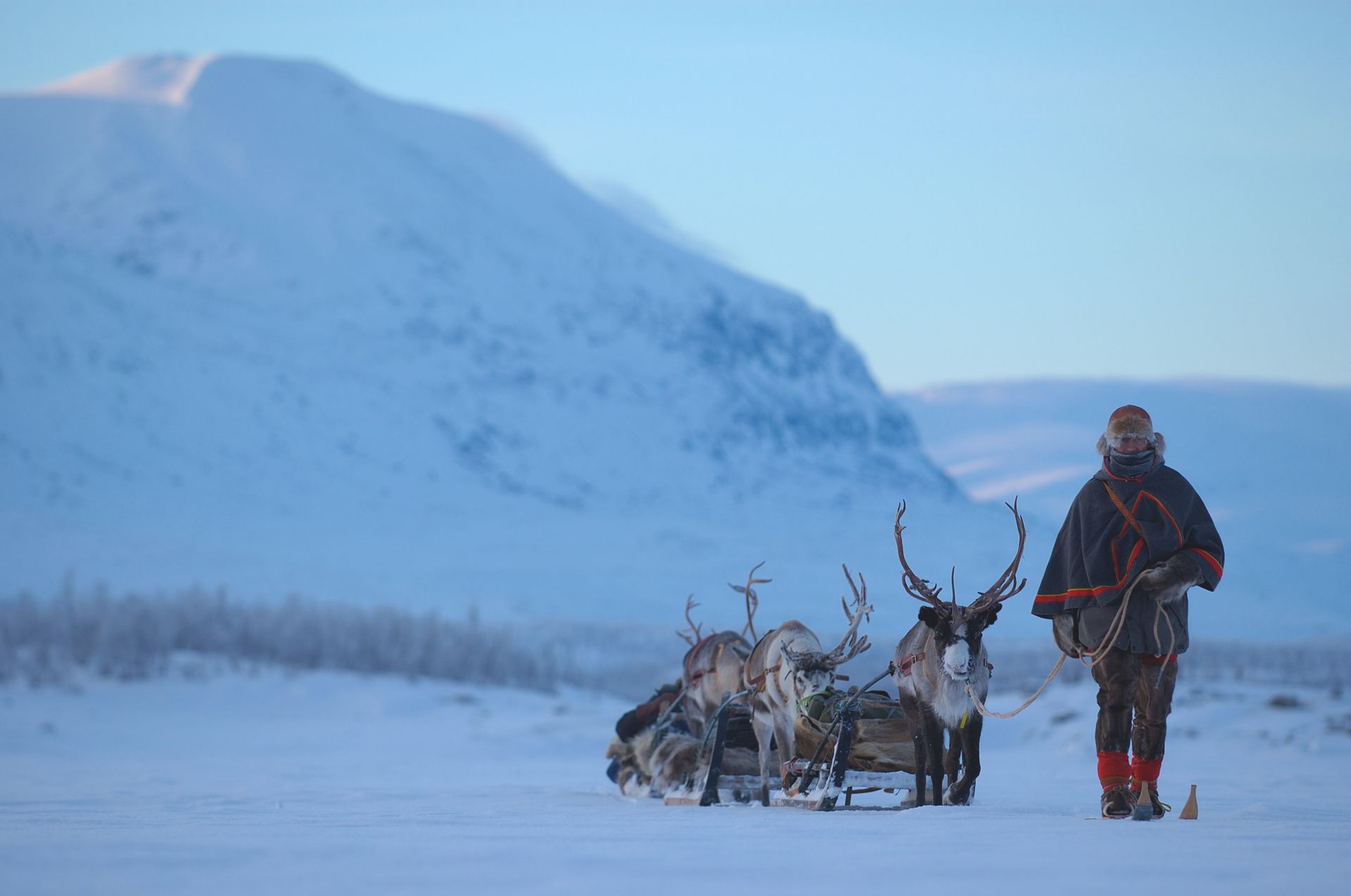 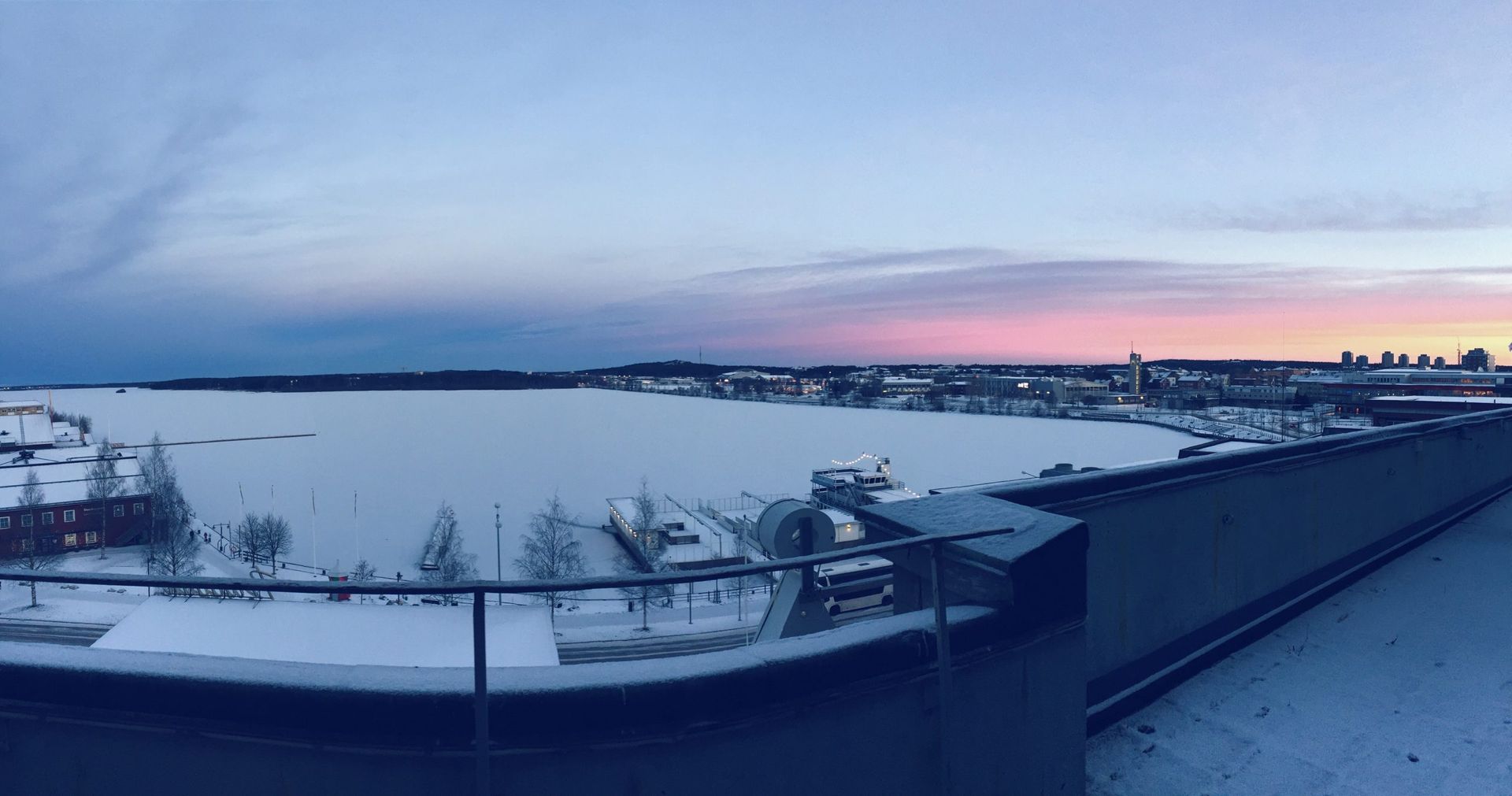 A little bit about the North of Sweden 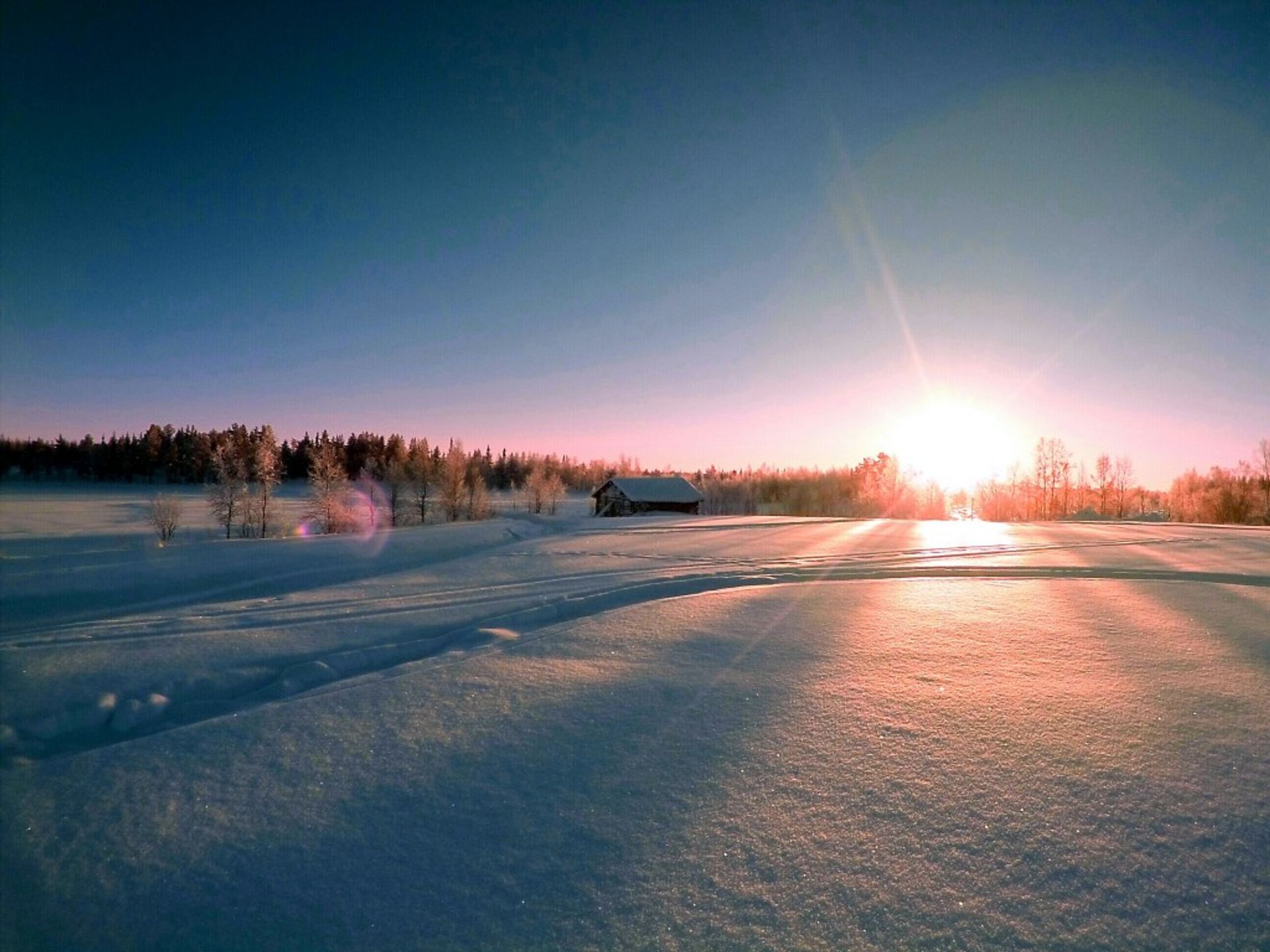