Embarrassing things that have happened to me in Sweden

Embarrassment is a powerful feeling. One that can render you unable to leave the house because, perhaps, you anticipate that you cannot say everything in your new language that you think you need to at the bank, so instead you sit stewing over it on your bed and then it’s 15:00 and it’s dark (quelle surprise) and you didn’t go out and do the thing! (Greetings, I’m talking about a very specific memory).

What I’m trying to say is: when moving to a new country, embarrassment over not “getting” things straight away can make you feel a bit stuck, or shy, or silly. It can make you question your self-esteem, and your personality more broadly when you find yourself getting embarrassed over things you wouldn’t in your native tongue or culture. But newsflash, overachievers!!! You learn! best ! by ! failing ! It’s so much easier to remember a new word when you have the memory of pronouncing it entirely incorrectly in the past. Because you remember the red flush of your face, the kindly cashier repeating the word back to you slowly, you taking the word again in your mouth and saying it slower, more correctly, and the good feeling that came with saying it better the second (or third) time.

I’ve compiled a wee list below of moments of embarrassment over the 1.5 years I’ve been living in Sweden, to reassure any of you feeling apprehensive about moving to this new country and culture. I consider myself quite an extroverted person, but I also know I’ve worked quite hard at that after being a Shy Mild Teen, so embarrassment and timidness comes creeping back naturally. Here are a list of things of things I fluffed up, so that you may feel better about yourself/see in the grand scope of things we’re all just flailing bananas trying not to slip over in the world. But then we do. And we do again and again. And it’s fine.

This one is probably the most common one. One time I told a girl (who I do not know well) that her hair was “snygg” (sexy/hot) instead of what I meant to say, “söt” (sweet). She gave me a look and I was like WOW, this came across in a VERY UNINTENTIONAL WAY. But it’s fine, people will generally get if you say something you really didn’t mean to, and you’ll laugh. If ones of your native tongues is English or you know English pretty well, it often doesn’t matter if you intertwine Swedish and English, as a lot of young Swedes are so integrated in the English language that they speak a kind of “Swenglish” anyway. This is helpful for when the wires in my brain get a bit crossed and I throw in some English which I only realise once the words have come out. In languages (as I’m sure you all know better than me, given the fact I speak a very lonely ONE language) it is best to learn by doing and forcing yourself, so embarrassment comes as part of the territory. I also volunteer with a group of 13-19 year olds who have all learnt Swedish over the last few years and who are so much better than me. They’re very forgiving and kind whenever I mess up, but also, they’re teenagers, so they don’t mind laughing a LOT before they correct me, which is both embarrassing and humbling.

A winter day usually goes like this: I leave the house at 8:15am, don’t think about how cold it was over night, immediately slip on a patch of ice, catch myself, walk away unscathed but taking a backwards glance to scowl back at the frozen demon. I always think that, broadly, you can distinguish between a native Swede and a non-native person by if they slip on the ice or not. Swedes cycle on the streets with their kids on seats attached to their bikes when it is icy! They have NO FEAR. Swedes understand and respect the winter more than most other populations on the planet. I spend most of my day trying to avoid going arse-over-tit on the ice, and whenever I slip slightly I think yikes I have revealed myself to be a non-Swede and thus distinctly uncool in wintertime scenarios. But this year I am better than last year, so progress. Luckily, streets are kept really well gritted in the wintertime in Sweden, so most of the time you can walk about at normal pace. (Watch out for those sneaky patches of ice though).

This follows on from the last. Want to tell an international student apart from native Swedes? Who still has their ankles showing in -5? Girl, go to H&M and get some longer, thicker socks! (This is a note to myself). Swedes have the saying, “Det finns inget dåligt väder, bara dåliga kläder” – there is no such thing as bad weather, only bad clothes. Sometimes when I have my coat open on a winter morning I walk past a Swede on the street and see them looking at me a bit incredulously and I think yes, you are right to look at me incredulously. I am a fool in the wintertime.

Another clothing misstep: last summer I was so intensely enthusiastic about Sweden that during the world cup I wore a Swedish football shirt, and painted English St George’s crosses on my face for the match between the two countries. Sweden lost against my native England, and I was in Stockholm as an English person…with a Sweden t-shirt on. Cue some confused die-hard Swedish football fans who were confused why I was wearing the shirt if I’m English. They said they thought it was sweet, but were confused nonetheless. I couldn’t string together my thoughts precisely in Swedish so, cue embarrassment.

Singing in Sweden is a big deal, with around 600,000 Swedes being involved in some sort of choir. As someone does not know their own vocal range, this presents a great challenge for me. One case study: I love ABBA dearly, and at midnight on my birthday I sang “Gimme! Gimme! Gimme!” at a student nation’s karaoke. Normally this would be fine (karaoke is for drunken fools!) anywhere else, but Swedes – by and large – CAN sing. So I felt as if I had just butchered their most iconic band’s song, as a Swedish girl took the stage to perform a pitch-perfect Nessun dorma.

At student gasques, there is a lot of singing involved as we have songbooks which each individual keeps during their time as a student. Not all, but most of the songs are in Swedish, which leads to some very testy moments with difficult melodies and strange pronunciations…. But again, most people are drunk, and no one cares.

This also leads on from the last. If you live in Lund and Uppsala in particular, there are a lot of traditions based around student nations and secret societies which, if you don’t speak Swedish can occasionally be hard to understand. Case in point: I went to a secret society dinner two weeks ago, where half of the guests (including me) were blindfolded and had to walk into the grand hall together, to swear allegiance (in Swedish, so much Swedish) to not tell the secrets of the dinner to the outside world (does this count? Is someone going to put a hex on me?) This was so much Swedish! To say! Blindfolded! In front of! One! Hundred! People! But also, who cares? It was ridiculous and it forced me to really really listen to what I had to repeat. Which is great for progressing my meek language abilities.

The key thing to remember is: there are so many international student in Sweden who are in the same boat as you. There are also a lot of people living in Sweden who do not bother to learn Swedish – so if you are trying to speak Swedish to a Swede and mess up, they often are very appreciative and enthusiastic over the fact you are learning and trying. As for the inclement weather – you get used to it. In the winter, I just walk like a grandma-penguin, and that’s very fine!!

Embarrassment over not quite getting customs and cultural differences is entirely normal, and the point is you are trying to expand yourself and your personality in a very new and exciting way. That is to be celebrated, and your effort is to be celebrated. So if you’re feeling a little nervous about all the embarrassing things to come (and there will be embarrassing things!), know that it will pass in time, and that from all the embarrassing little moments, you’re really just getting to know yourself and a whole new place so much better. Do not stay on your bed and worry about it! Go outside, slip on the ice, don’t break your legs, and go and embarrass yourself a whole lot more. 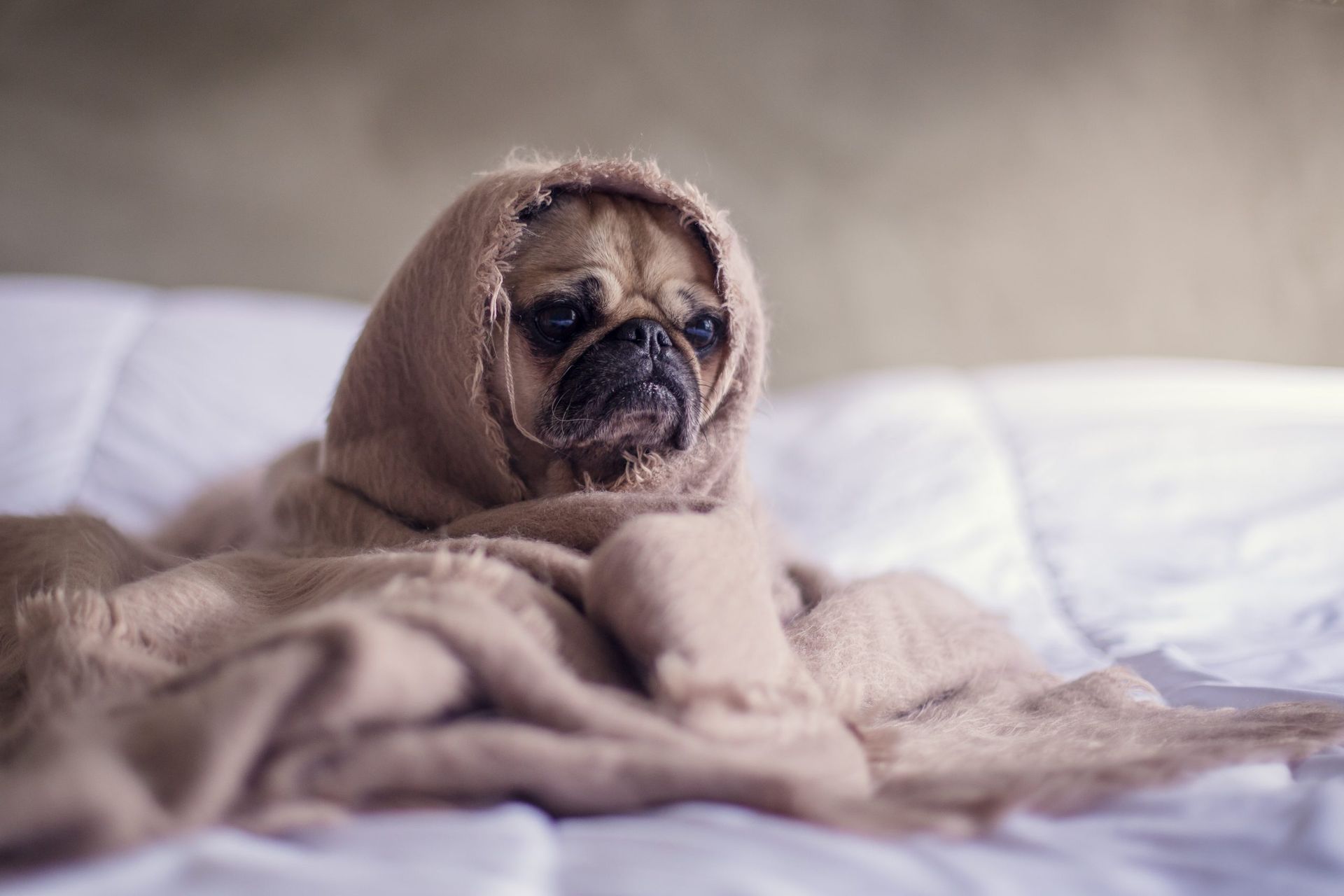