The Bildmuseet Museum is an anchor of the Umeå University Arts Campus, rising seven stories from the bank of the Ume River. Designed by Henning Larsen Architecture in collaboration with White, has a facade of Siberian Larch slats that have faded to a striking gold in the sun. Completed in 2012, this museum is home to a diverse collection of historical and contemporary exhibits, and often include artists from around the globe. Many of the exhibits featured are political, philosophic, and culturally charged.

Just as striking as its profile on the Umeå skyline is the Bildmuseet’s interior.  Large picture windows look out across Umeå, framing the landscape in ways that make the viewer pause and reflect. Echoing white halls that stand 5.5 meters tall beckon the visitors to the gallery spaces at the museum’s core, and transitional moments at each corner space offers panoramic views.

Recently, a temporary exhibit opened at Bildmuseet, titled “Purple.” I heard that it was a powerful film by a British artist, John Akomfrah, and that he was an inspirational speaker. Intrigued, I decided to attend the opening night talk. Walking down an airy white hallway on the third floor of Bildmuseet, I opened a set of large but unassuming doors. I was greeted by a long purple hallway, dimly lit with accentuated type; “John Akomfrah” running across the wall. Rounding a corner, I was ushered into a larger pitch black room, punctuated by the brilliant glow of six large screens curving across the space.

For the next 45 minutes I sat transfixed, watching the six screens play out before me. Each told their own individual story, but combined, they told a collective message. As I learned after listening to Akomfrah speak at the interview, this was a “democratic” film, where the viewer could choose the screens she viewed, and could interpret them as she pleased; this was not one film, with one plot line. Each person would come away from this experience with their own story and message.

With over four hundred layers of sounds collected and created by Akomfrah and five different sound design teams, the six films were composed  to be both individualized soundtracks, as well as one collective orchestral piece. The films were also set in processional chapters, to mirror life and its stages.

The themes behind this art piece were those of ritual and initiation, and reflection on human responsibility. The consequence of humans actions against the environment was the overarching content of Akomfrah’s piece, and was symbolized through footage in fragile landscapes such as Greenland and islands of French Polynesia. Mixed into the films were archival and fictional footage that highlighted humans’ relationship with life, death, and the planet. In particular, he incorporated powerful strands of film from his hometown in London, where industrial practices were creating social divide and degraded ecosystems.

To reflect life’s transitional and ephemeral nature, he titled the piece “Purple.” This is in reference to color film’s process of turning purple as it ages. We caught glimpses of this in the historical footage from the 1940’s and 1950’s of industrialized England, where the film had a soft purple glow. Akomfrah also related the color purple back to light quality changing throughout the day, and the purple hue that appears during the twilight hours as another cycle comes to a close.

This was incredibly powerful film collection that served also a self reflective moment. Each film drew up memories and references from our past, and allowing us to weave together our own narrative and interpretations. I will certainly try to incorporate this element of democratic design into my next work at Umeå Institute of Design! 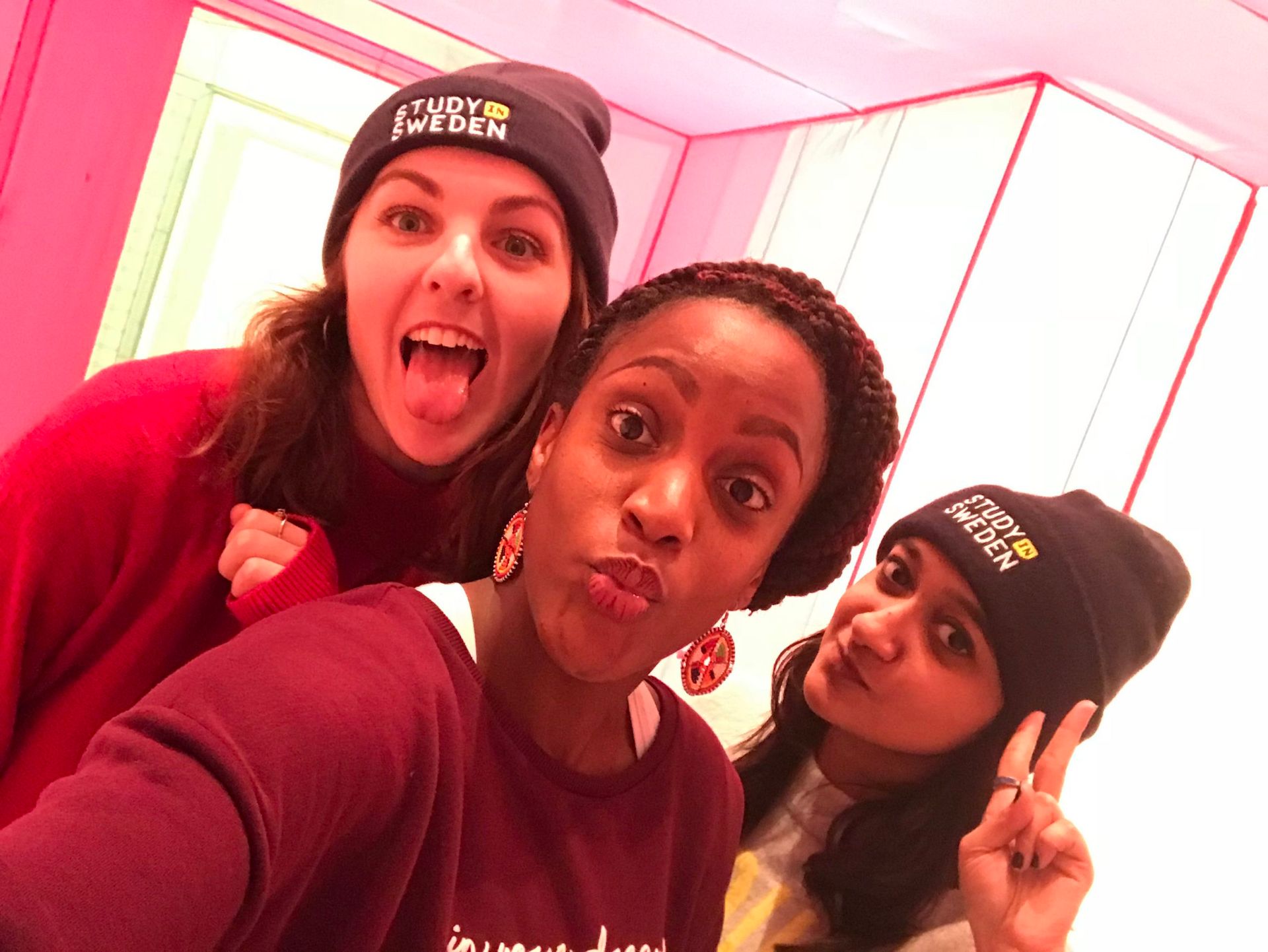 A weekend in Umeå 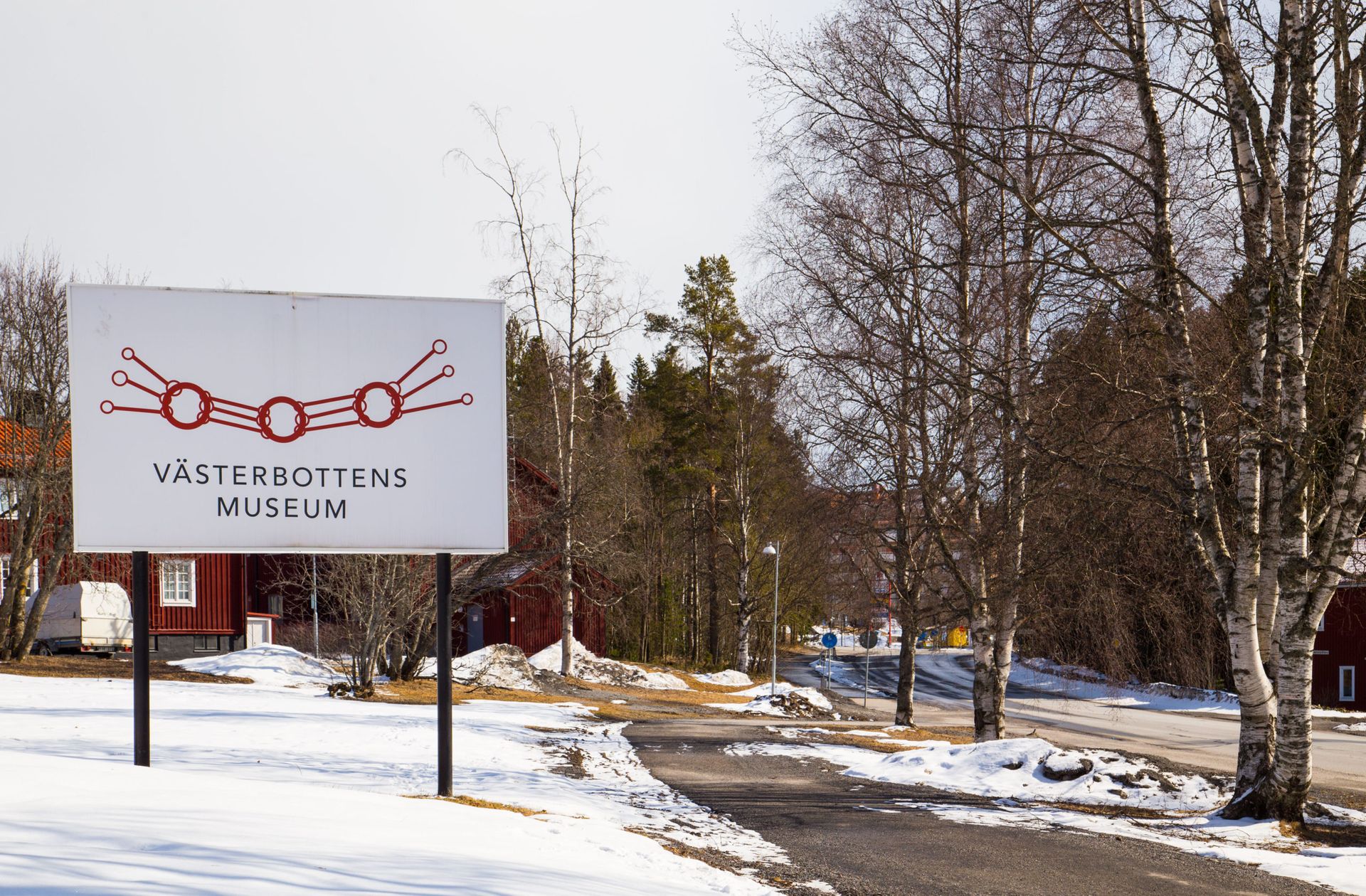